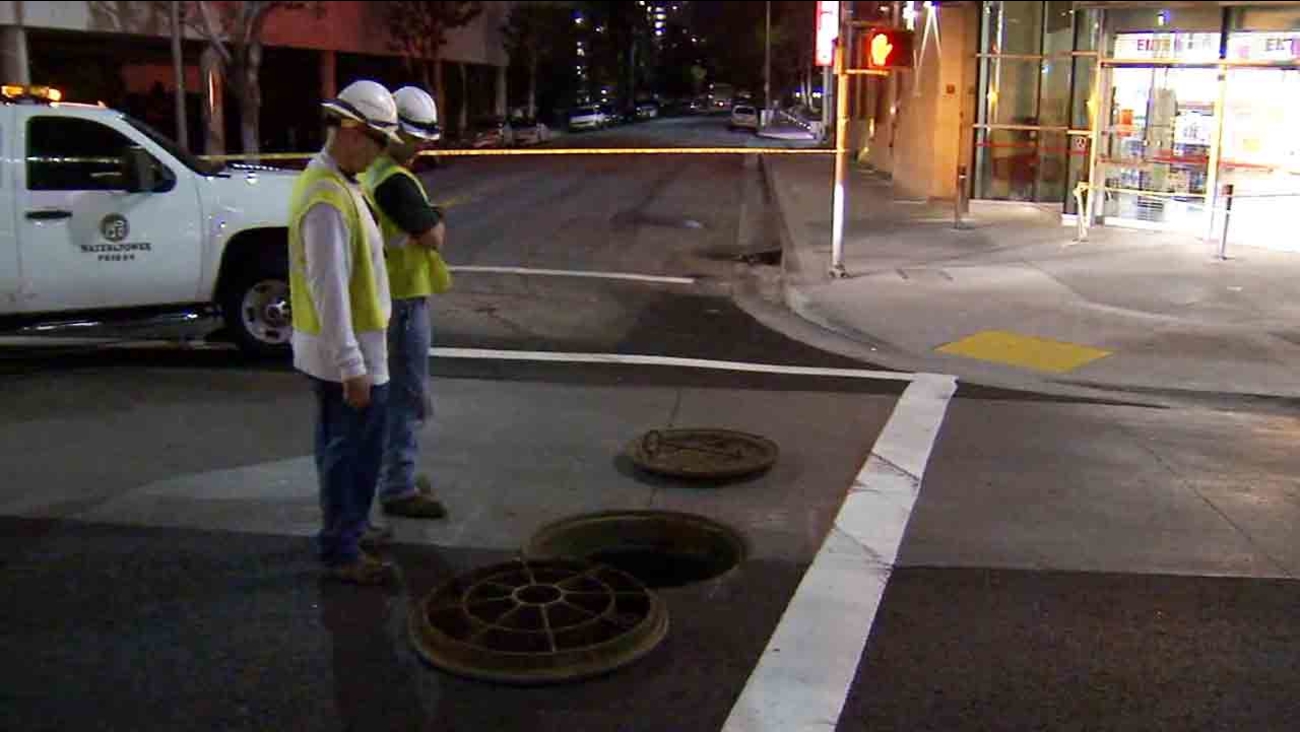 The Department of Water and Power had to close Wilshire Boulevard between Curson Avenue and Hauser Boulevard. A DWP crew was summoned and firefighters cleared the scene after 26 minutes.

The DWP says there was no damage and no one lost service. No one was hurt.