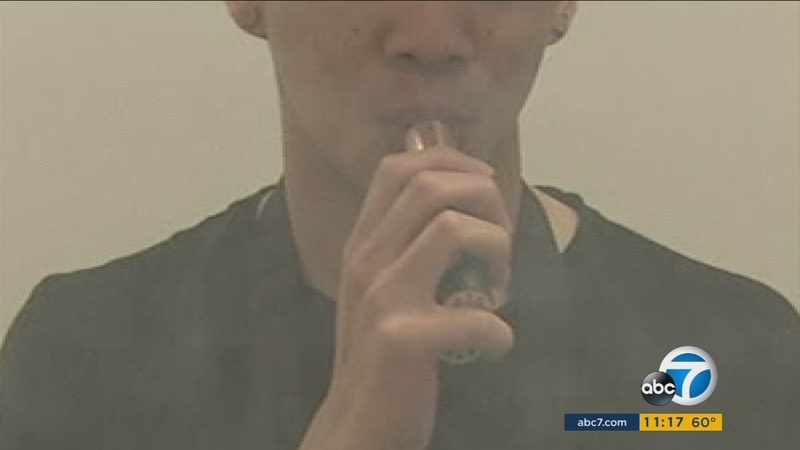 The Los Angeles County Sheriff's Department said deputies have confiscated more and more of the vaping devices from students because they contain marijuana hidden in flavored liquids.

The liquids, which can come with highly concentrated amounts of THC, come in a variety of flavors from cotton candy to apple pie and the smell of marijuana goes undetected. A YouTube video even shows some students are brazen enough to use the devices in class.

"The battery heats it up and causes it to activate the THC and you ingest it. Nobody knows you're getting high because it doesn't really smell," one person named "Gram" said.

Gram, as he prefers to be called, is talking about the active compound in marijuana responsible for the high sensation. THC-infused liquids can hit the user pretty hard, he said. Studies show it can be 30 times more concentrated.

Los Angeles County sheriff's Deputy Cesar Romero, who is part of the department's STAR program, said students vape pot before and after school, but are more likely to do it at home when their parents aren't there.

A Yale survey of nearly 4,000 high school students revealed that 30 percent admitted to trying marijuana. Of those teens, many said they've used hash oil in an e-cig or THC wax in a vaporizer pen.

Pediatrician Dr. John Mangoni said heavy marijuana use can also affect the developing young brain and can lead to memory loss and other abnormalities.

"Some of these things can be really, really altering a person's existence for the rest of their life," he said. "That'll affect some of their reasoning."

The owner of a vaping store said they do not sell marijuana liquids or e-cigs to minors and one thing parents can do is learn the difference.

"We will educate parents because that is not something we condone," he said.

Gram said he vapes marijuana regularly but regrets getting hooked.