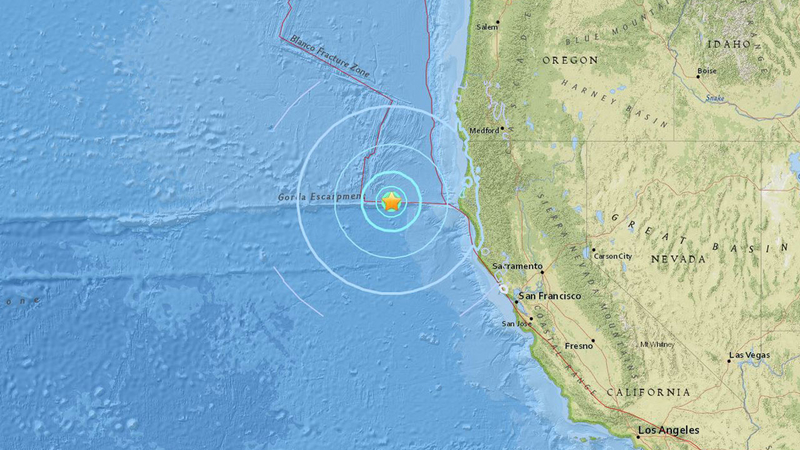 A preliminary-magnitude 5.7 earthquake struck off the coast of Northern California on Friday afternoon, but there was no threat of a tsunami, officials said.

The quake's epicenter was 133.6 miles west-southwest of Eureka, according to the U.S. Geological Survey. Its depth was measured at 3.6 miles shortly before 1 p.m.

There were no immediate reports of injuries or damage to any coastal areas.

Two earthquakes of similar magnitude were initially reported by the USGS, but the agency later clarified that only one temblor had occurred.

The epicenter was located in the Mendocino Fracture Zone, an area of frequent seismic activity.