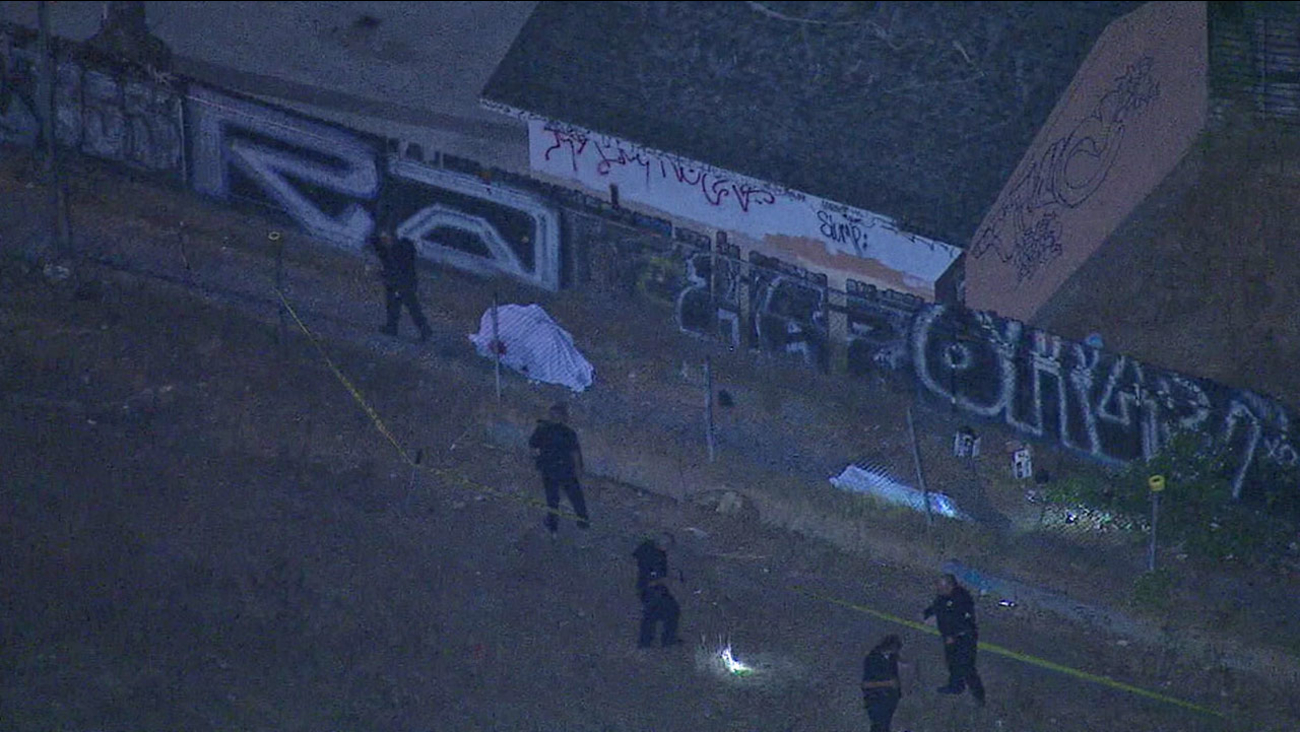 Authorities search an area in East Hollywood after four people were shot - two fatally - by a gunman who fled the scene on Friday, Sept. 16, 2016. (KABC)

EAST HOLLYWOOD, LOS ANGELES (KABC) -- Authorities continued their search Saturday for a gunman who opened fire in East Hollywood the night before, killing two people and wounding two others.

Shortly before 8 p.m. Friday, police responded to the 500 block of Heliotrope Drive on reports of multiple shots fired in the area. When they arrived, they found four men, all between the ages of 18 and 25, suffering from multiple gunshot wounds.

Two of the men were pronounced dead at the scene, while the other two were hospitalized in critical condition. One of the deceased was identified as Walter Martinez, 23, of Los Angeles.

Detectives believe the shooter approached a group of people near an alleyway in the area, then opened fire before fleeing the scene. Authorities did not have information on if the suspect fled in a car or remained on foot.

Police said it appeared the group was drinking in the area, but it was unclear why. Authorities said it was also unclear what the ties of the four victims were or if the suspect knew them.

Detectives canvassed the area, knocking on doors and searching for witnesses. They said they received conflicting information on a suspect description.

Authorities said they were looking into whether the incident may be gang related.

Police urge any other witnesses to contact them. Detectives will also be looking for surveillance footage that could help them piece together what happened.
Related topics:
east hollywoodlos angeleslos angeles countygun violenceshootingman shotman killed
Copyright © 2021 KABC-TV. All Rights Reserved.
RELATED 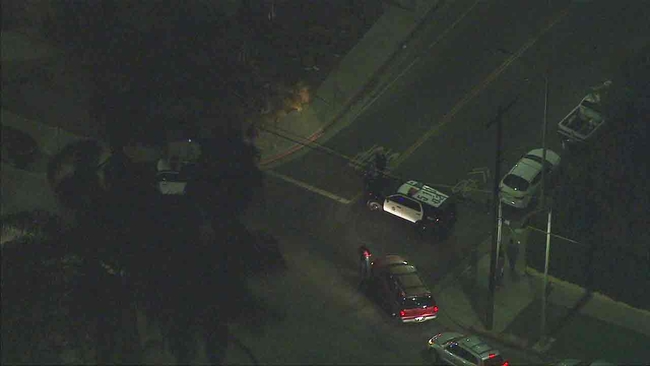