El Nuevo Amanecer apartment in East LA was a $38 million development project under construction for homeless veterans and low income families. Fire authorities are now calling it at 'a total loss' following a structre fire.
KABC
By Eric Resendiz 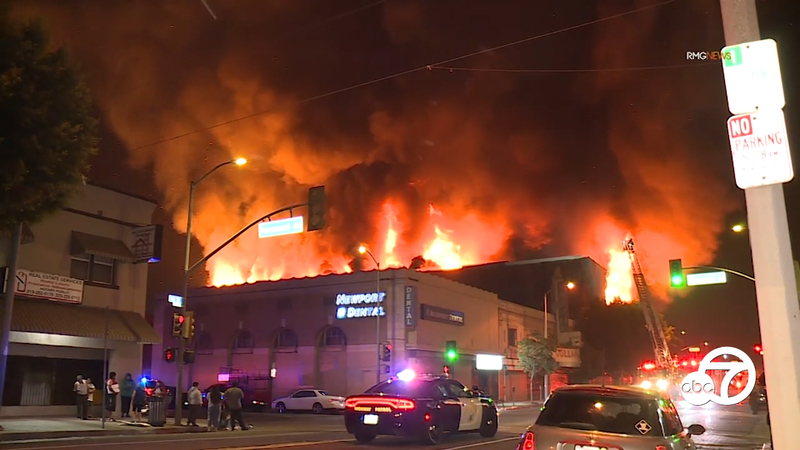 "It was scary. I was panicking," said Karina Gomar, a resident from a neighboring house. "The apartment was on fire and I was like grab what you can and run out."

The building, on the corner of First Street and Rowan, was a 61-unit apartment complex for homeless veterans and low-income families that was under construction.

"To me it's like a slap in the face. They worked so hard and now it's gone," said Gomar.

New Directions for Veterans was an organization involved in helping build the $38 million project.


"At this point in time it appears to be a total loss," said Sean Ferguson, public information officer with the Los Angeles County Fire Department. "At the height of this incident we had over 150 firefighters on scene battling this blaze and numerous pieces of equipment."
The cause of the fire is under investigation.

"I have championed this project from the start and attended the grand opening last year because I believe in this affordable housing project," said LA County Supervisor Hilda Solis in a statement. "I am thankful no one was seriously injured, and despite this setback, I am committed to providing more affordable housing for low-income renters in East Los Angeles."

A male juvenile in conjunction with the incident was detained, according to the Los Angeles Sheriff's Department.

"[These are] homes that could have been used in a couple of months but now they're not going to," said Gomar.

The organization said they will rebuild the apartment complex to help the homeless veteran population.


"We'd love to see if we can get some donations and help for our fellow veterans in need," said Cuadrado.