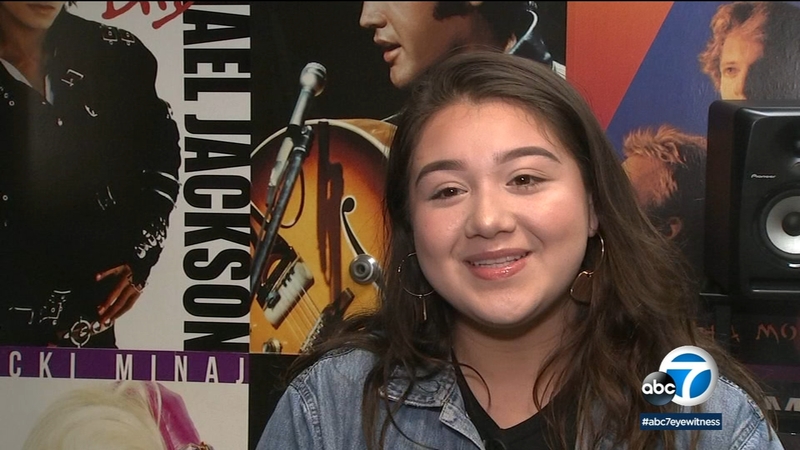 Victoria Elise, 17, is an accomplished singer-songwriter. She was among seven local artists selected for a performance on May 23 at the Wiltern Theatre. It's part of the House of Blues Music Forward Foundation.

ALHAMBRA, Calif. (KABC) -- Victoria Elise is pretty much the definition of cool - showing off her musical talents on a big stage at the Wiltern in Los Angeles.

Elise, 17, is an accomplished singer-songwriter. She was among seven local artists selected for a performance on Thursday. It's part of the House of Blues Music Forward Foundation, which creates pathways into the music industry for teens from under-resourced communities.

"It has been wonderful to watch her grow, sit into her power as a young female vocalist," said Nurit Smith, the foundation's executive director.

Elise's songs are about "relationships and boys, silly little teenage stuff." But she also wants her music to incorporate important messages about "immigration, and toxic masculinity in Latino culture."

"I want people my age, people younger than me, people older than me to know they have a voice and that their voice is valid," the East Los Angeles Performing Arts Academy senior said. "If they want to create something on their own, then by all means, go for it."