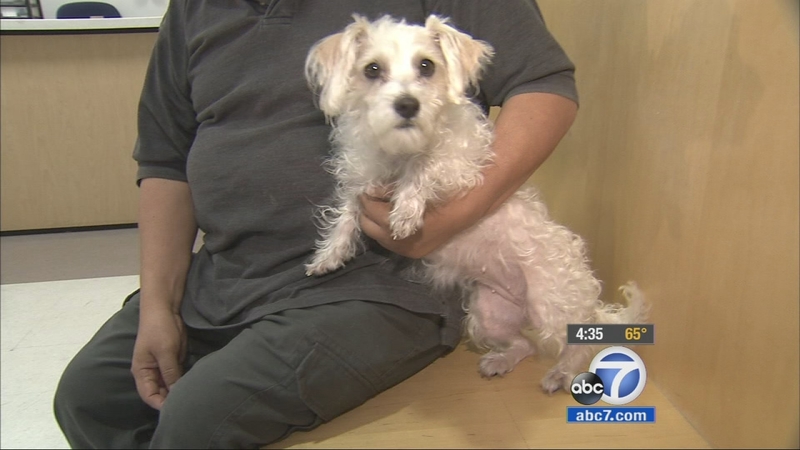 Fannie was seized in a dognapping caper like LAPD detectives had never seen before. She was seized from her owner Cesar Aguilar in an elaborate ruse by two women wearing fake cruelty task force uniforms on April 24.

On Wednesday, investigators said a tip from the public helped them find Fannie and they were able to unite her with Aguilar.

One of the suspect's was also arrested, 51-year-old Jenny Smiles. She faces multiple felony charges including extortion, theft and theft by trickery.

The suspected trickery was how the women presented themselves to Aguilar. It is unknown why they went to such lengths.

The pair had official looking papers and threatened the pet owner with fines and an arrest if he did not give up Fannie. He ended up turning her over to the women hoping to resolve what appeared to be a mistake.

He said he was devastated when he learned the two women were not animal abuse officers. Now that he has been reunited with Fanny, he said he is grateful for the help he received from the public.

"I'm happy when the police called me this morning. I'm happy because the police told me they had my dog," he said.

Investigators were able to get a positive identification of Smiles from Aguilar. The LAPD received the helpful tip from a community member.

"There was a citizen who said that she had overheard the suspects bragging and boasting about how they posed as officers and that they went and retrieved this dog from a location in Echo Park," Lt. Ryan Rabbett said.

LAPD said they are still looking for the second suspect, and they want to know if Smiles might have approached any other pet owners in a similar fashion.