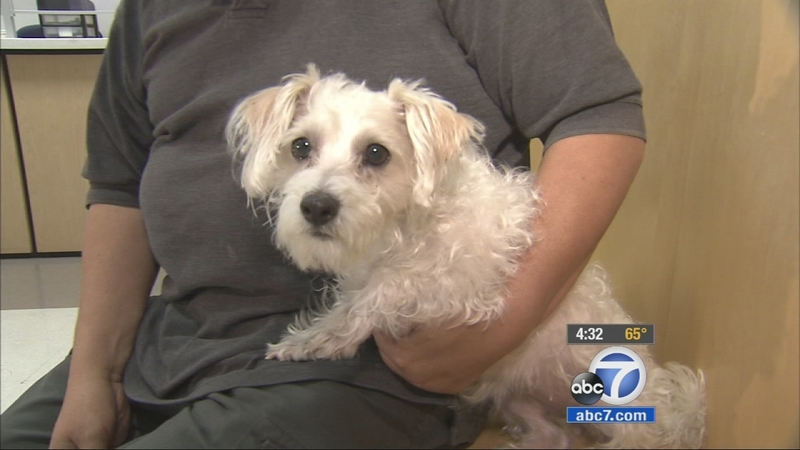 Echo Park dog-napping may be motivated by abuse concerns

ECHO PARK, LOS ANGELES (KABC) -- Two women who are accused of impersonating Los Angeles Police Department Animal Cruelty Task Force officers to steal a dog from its Echo Park home may have been trying to rescue the dog from neglect, but Los Angeles police contend the pet was not abused.

Animal activist Bryan Pease says he spoke to one suspect who is still at large.

"She was involved in this out of genuine concern for the well-being of this animal," said Pease with the Animal Protection and Rescue League, a San Diego-based non-profit.

On April 14, the uniformed duo allegedly confronted Cesar Aguilar with seemingly official papers and threatened to have the dog owner deported if he did not surrender the animal.

A neighbor who did not want to be named told Eyewitness News that she believes the dog was confined too long in a cage on Aguilar's porch.

"I have called animal control and it seems like nothing can be done," she said.

LAPD detectives say they checked out prior complaints and found that animal cruelty inspectors had responded to a call last year at the Echo Park home.

"There are no signs that this dog was being abused or was neglected," LAPD Det. Janell Scharbach said.

Suspect Jenny Smiley, 51, was arrested and was released on bail. Her alleged accomplice remains at large. Both women are expected to face four felonies, including burglary, theft, extortion and theft by trickery.

Pease says much is at stake for the outstanding suspect.

"This is a professional person who would certainly face repercussions if she were to be charged with felonies," Pease said.

Scharbach said no matter the motive, people should not take matters into their own hands.