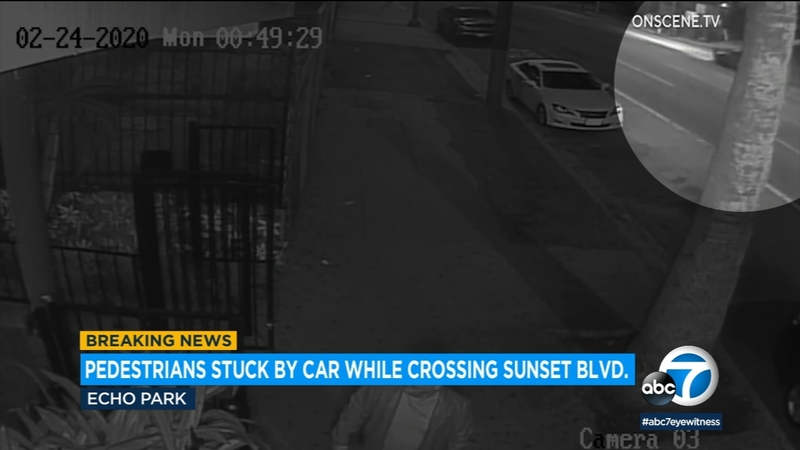 ECHO PARK, LOS ANGELES (KABC) -- A woman was killed and her husband was seriously injured after they were struck by a vehicle in a hit-and-run crash in Echo Park early Monday morning, police said.

The 71-year-old man and 58-year-old woman were hit by the vehicle while crossing near the intersection of Sunset Boulevard and White Knoll Drive around 1 a.m., according to the Los Angeles Police Department.

Police said the victims left a nearby club prior to the crash.

Video of the incident appears to show the victims getting thrown down the street after the collision. The suspect vehicle appears to stop momentarily before fleeing.

Security guards are seen coming to the aid of the victims before paramedics and the LAPD arrived. Police described the woman's injuries as grave and she later died. The man's injuries were severe but not life threatening.

Police hope a $50,000 reward will help them find the driver who struck the couple. The suspect vehicle was described as a dark in color.

LAPD detectives were canvassing the area to find more surveillance video and witnesses.