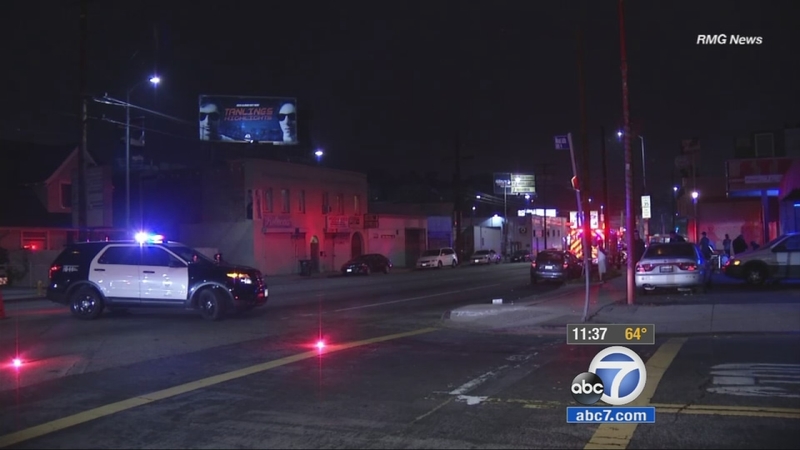 Los Angeles police officers arrested a man in his 20s from the valley area. The hit-and-run crash occurred at about 10 p.m. Friday at Montrose and Alvarado streets.

Police say one of the teenage boys tried to pull back the other when he saw the car coming, but it was too late. The impact of the crash severed one of the skateboards in half.

Investigators found no evidence at the scene that the driver attempted to brake or swerve away from the victims.

"The vehicle didn't stop, render aid or comply with the law, and it was last seen northbound Alvarado toward Sunset," said LAPD Sgt. Jesse Garcia.

The suspect's vehicle was described as a possible white 2012-2014 Toyota Venza compact SUV.

Police are reviewing surveillance footage from local businesses as part of the investigation.