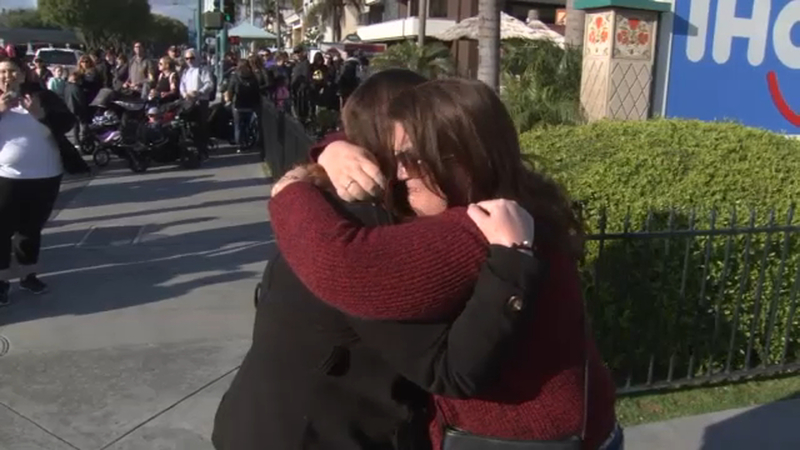 ANAHEIM, Calif. (KABC) -- Two sisters who were adopted met for the first time thanks to 23andMe and Facebook, and they invited ABC7 along for the emotional reunion in front of Disneyland over the weekend.

We first met Emily Cahill a few years ago when she started looking for her younger sister. The two found each other in January, after Christina Beach took a 23andMe DNA test.

"She contacted my second cousin, who ended up popping up on it and so she contacted him, he told her to get in contact with me and so she did," Cahill said.

An Echo Park woman and her long lost sister in Florida finally found each other with the help of 23andMe. Now they're planning to finally meet.

They wanted to meet at Disneyland because it's known as the happiest place on Earth -- and Emily used to work there.

Both biological parents passed away before either sister had the chance to connect with them.