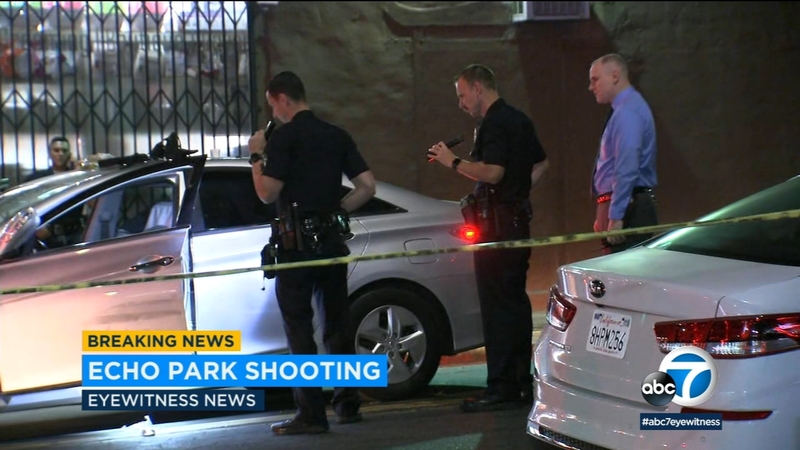 Two people were transported in stable condition. The third victim's condition was unknown. The incident happened shortly after 8 p.m. near Sunset Boulevard and Rosemont Avenue. Officers were investigating a second scene at Waterloo Street and Marathon Street to determine where the incident began.

A few people were detained, according to LAPD. It was unclear what the motive. A silver sedan with bullet holes in the window was at the scene.

AIR7HD was overhead of the area shortly after the incident occurred and observed a vehicle surrounded by crime scene tape in the middle of a roadway.