Democratic donor Ed Buck has been charged with four additional felonies, in a case against him involving prostitution and a fatal overdose at his West Hollywood apartment.
City News Service 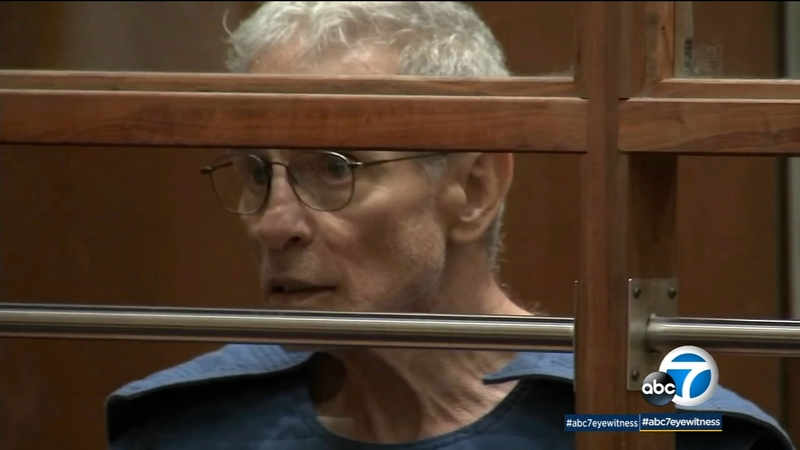 LOS ANGELES (CNS) -- A Los Angeles federal grand jury returned an updated indictment Tuesday charging Democratic donor Ed Buck with four additional felonies, including allegations that he enticed victims -- including a man who died at his West Hollywood apartment -- to travel interstate to engage in prostitution.

Buck, 65, was arrested in September after being charged in federal court with providing methamphetamine to a man who died after receiving the drug intravenously. Since that time, federal authorities have continued to investigate Buck for additional crimes.

The four additional counts -- bringing the total number of charges in the case to nine counts -- include one count alleging that Buck knowingly enticed 26-year-old Gemmel Moore to travel to the Los Angeles area to engage in prostitution. Buck allegedly provided meth to Moore, who overdosed on the drug and died on July 27, 2017.

Buck also is charged with another count of enticing another man to travel with the intent of engaging in prostitution. The updated indictment also charges Buck with one count of knowingly and intentionally distributing meth, and one count of using his residence for the purpose of distributing narcotics such as meth, and the sedatives gamma hydroxybutyric acid (GHB) and clonazepam.

Buck is scheduled to go to trial in federal court on Jan. 19. His arraignment on the updated indictment is expected in the coming weeks.
Report a correction or typo
Related topics:
west hollywoodlos angeles countyindictmentoverdoseprostitutiondrugs
Copyright © 2021 by City News Service, Inc. All Rights Reserved.
More Videos
From CNN Newsource affiliates
TOP STORIES