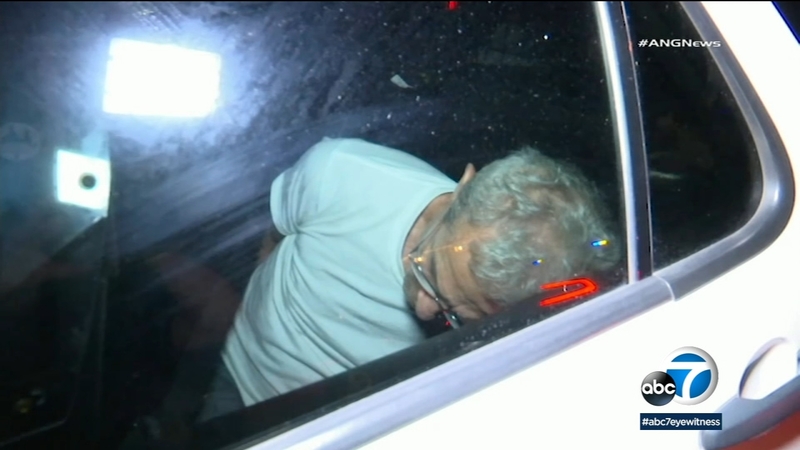 LOS ANGELES -- Wealthy California political donor Ed Buck was indicted Wednesday by a federal grand jury for two overdose deaths in his West Hollywood apartment and charges he provided methamphetamine to three other men, one of whom survived two overdoses.

The indictment returned in U.S. District Court charged Buck with distributing meth resulting in the deaths of Timothy Dean in January and Gemmel Moore in 2017. Buck had previously been charged in Moore's death after his arrest last month.

Buck, 65, who is white and has given hundreds of thousands of dollars to Democratic causes, preyed on vulnerable men, most of them black, some of them homeless and addicted to drugs, and pressured them to let him inject them with drugs as part of a sexual ritual, prosecutors said.

A defense lawyer has previously said Buck, 65, denies a role in both deaths.

A federal affidavit provides horrifying allegations of a pattern of behavior by Ed Buck involving at least 10 known victims.

In addition to including a charge for Dean's death, the indictment adds charges that Buck provided meth to three other men, including one who said Buck threatened him with a power saw in December if he didn't leave his apartment and another who overdosed twice in a week last month before escaping the home to get help.

That last victim's harrowing account led to Buck's arrest - more than two years after activists began staging rallies outside his rent-controlled apartment and pressuring the local district attorney to bring charges in the July 27, 2017 death of Moore, 26.

Moore's mother and her supporters have said Buck got favorable treatment because of his status and reputation and that the victims were ignored because they were gay black men, drug users and often sex workers. The activists had repeatedly warned that if Buck wasn't stopped, others would die.

Lacey, who is black, has said politics played no role in her decision not to prosecute Buck in the deaths of the two men. She defended her decision and said there was insufficient evidence to proceed with murder charges.

The federal charges bring a mandatory minimum sentence of 20 years if Buck is convicted. That penalty would be greater than the state drug charges he was arrested on, Lacey said.

Buck ran unsuccessfully in 2007 for City Council in West Hollywood, which is known for its large LGBTQ community. He has donated at least $340,000 to Democratic campaigns and causes over many years.

Buck, who was an AIDS activist, gained fame by leading a 1987 campaign to recall Republican Arizona Gov. Evan Mecham, who was ultimately convicted in an impeachment trial and kicked out of office.

Buck had been a Republican, but said he switched party affiliation to Democrat because he felt the GOP was intolerant toward the gay community.

He has told reporters that he worked as a male model in Europe in his youth and returned to Phoenix, where he worked for a friend's company, eventually buying it out of bankruptcy for $250,000 and turning it around for over $1 million profit.

He said he "retired" to West Hollywood in 1991 at the age of 37 and became active in animal rescue efforts.