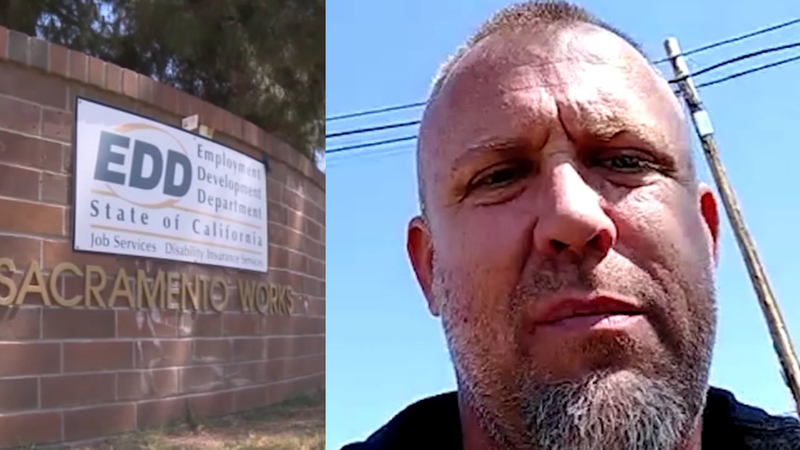 LAKEPORT, Calif. -- Countless people, walking freely on the streets of California, are being told they can no longer receive EDD benefits... because they're in prison.

A state auditor reported in January that the EDD gave out $800 million in jobless benefits to inmates who fraudulently filed. Now, non-incarcerated people say they're being entangled in a crackdown on fraud they have nothing to do with.

James Carling from Lakeport lost his job in June with a drywall company.

Suddenly in January his jobless benefits, which had been coming like clockwork, stopped. The state wrote him a letter saying he couldn't receive benefits because he was in prison.

"I'm not incarcerated. I haven't been incarcerated (recently). Not really sure how that worked out," the Lakeport man said.

Carling understands the state is only trying to crack down on fraudulent claims but says he's an innocent victim.

"I know that there's, you know, there's a bunch of fraudulent cases and things like that. And that's a whole separate issue that I'm not really a part of that. But I do have a legitimate claim," said Carling.

The EDD has refused to talk specifically about Carling's case but did explain in general how this could happen.

"Unfortunately, there are some situations where those incarcerated individuals are using another individuals' information," said Loree Levy, spokesperson for the EDD.

Those mistakenly caught up in the dragnet are urged to file an appeal.

"EDD will review and will take appropriate action as quickly as possible," she said.

Carling filed an appeal in January but hasn't heard anything back.

"I have 30 days to file my appeal. I would think they have 30 days to respond to it or something. But no, I've never, I haven't heard back from anyone at all," Carling said.

Carling said he previously served time in San Quentin on a weapons charge. He's worked hard to stay clean and out of prison.

"If you can't do the time, don't commit the crime. So I just don't commit any crimes. You know. That's the easiest way for me to stay out of jail," he said.

ABC7's sister station in San Francisco, KGO-TV, asked the EDD if those with prior criminal records are facing extra scrutiny. KGO-TV is still waiting for an answer.