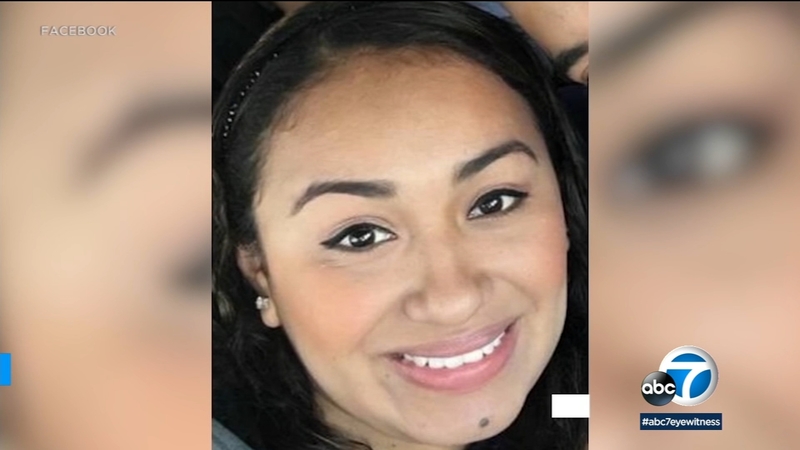 SANTA ANA, Calif. (KABC) -- An arrest has been made in connection with the disappearance of an Orange County mother who was last seen in 2016.

Reyes made his first appearance in court Thursday as FBI investigators searched a home on South Park Vine in Orange.

That afternoon, items wrapped in parchment paper and storage bins were seen loaded onto cars.

According to a complaint filed in federal court Monday, Claudia, then 21 years old, was last seen alive by her coworkers on May 6, 2016 - when she left her job at an El Pollo Loco in Garden Grove to go dancing with her husband.

A search is underway after a mother in Santa Ana vanished nearly two weeks ago.

That's the same car where according to the complaint investigators found a trace of Claudia's blood in the SUV Reyes had rented.

A cadaver dog traced the scent of a dead body in the back seat and rear storage area days after her disappearance.

The documents describe a relationship in which Reyes, then employed with U.S. Customs and Border Protection, physically and mentally abused Claudia.

According to detectives, the two met in El Salvador and after several visits, Reyes - then 25 years old - impregnated Claudia who was 16.

But according to the complaint, Reyes made several death threats against Claudia. And his mother Maria Orellana hated Claudia, also threatening her with death and taking her child, the document alleges.

According to the complaint, on the night of May 6 or early morning the following day, Reyes kidnapped his wife with the promise of taking her dancing, instead taking her to his mother's home where Claudia was murdered.

Reyes filed a missing person's report on May 11, but was uncooperative for further questioning according to detectives.