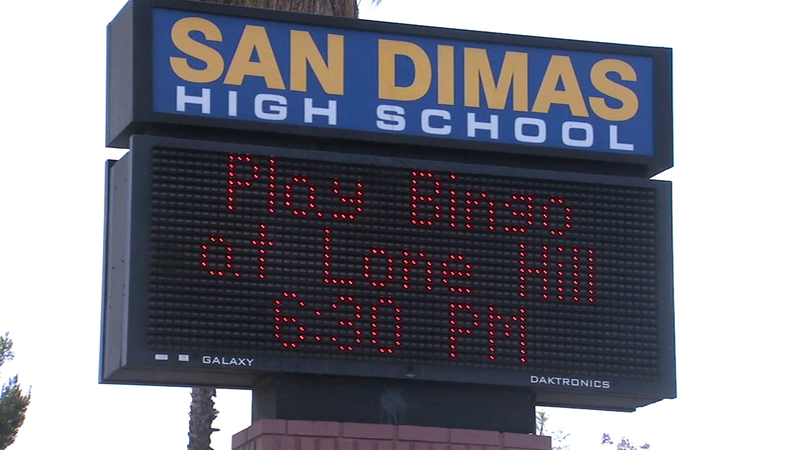 SAN DIMAS, Calif. (KABC) -- Two San Dimas High School students have been arrested on suspicion of hacking into their school's computer system in order to change the grades of about 120 students.

Two adult students -- a senior and a junior -- were arrested on suspicion of unauthorized computer access and fraud. They allegedly used an administrator's password to break into the computer system.

"I'm glad they were caught, but it's just scary that that's going on nowadays," said parent Sandra Boutros, whose son is expected to attend San Dimas High School next year.

Erika Fernandez, who will be a senior next school year, said she knew one of the students arrested.

"I feel bad, because he was so nice. He was maybe doing something that he thought was right about it, but then it's wrong because it's somebody else's grades, and to get arrested for it, that's crazy," Fernandez said.

Teachers were in the process of reviewing their students' grades for accuracy, Principal Michael Kelly said in a statement.

"We are very confident that we have the ability to restore all of the impacted scores," Kelly said.
Related topics:
educationsan dimaslos angeles countyhackingarrestcyberattackhigh schoolgraduationtechnologystudents
Copyright © 2021 KABC-TV. All Rights Reserved.
More Videos
From CNN Newsource affiliates
TOP STORIES