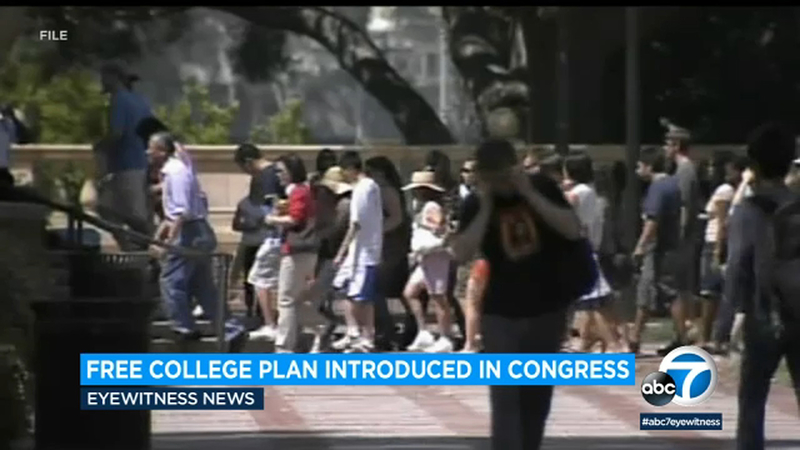 A new bill in Congress could make tuition free for millions of students.

The College for All plan eliminates tuition at four-year public colleges and universities for students from families earning less than $125,000 per year.

Under the plan, introduced by Sen. Bernie Sanders and Rep. Pramila Jayapal, the federal government would pay 75% of tuition and fees. States would pick up the rest.

The money would be paid for by a new tax on Wall Street trades - 0.5% on stock trades, as well as fees on bonds and derivatives.

Sanders' office estimates the tax would raise up to $2.4 trillion over the next decade.

"Thirteen years ago, the middle class bailed out Wall Street during their time of need even as the middle class was struggling," Sanders' office wrote in explaining the plan. "Now it is Wall Street's turn to rebuild the struggling middle class by paying a modest financial transactions tax to make sure that everyone in America who wants to get a higher education can do so without going into debt."