KABC
By Miriam Hernandez and ABC7.com staff
LOS ANGELES (KABC) -- Ramon Cortines returned to the Los Angeles Unified School District Monday as superintendent to replace John Deasy, who resigned last week. This is the third time the 82-year-old Cortines will head the district.

Cortines hopes to build a sense of teamwork at the district. He said he knows there is a lot to do, and the first order of business is to take on the MiSiS crisis, the computer system that caused an array of problems toward the end of Deasy's reign over the district, including not allowing students to enroll in classes they needed to graduate.

"I don't think anybody knows the magnitude -- neither do I yet -- of the information system sort-of meltdown. I'm very concerned that it's not just one or two or three schools, it's all across the district," said Cortines. "I need to find out the extent of the problem so we can deal with the issue."

Cortines was voted in unanimously by the school board. The board is expected to formally approve Cortines' contract with the district on Tuesday. The contract calls for him to receive an annual salary of $300,000, which is $50,000 less than Deasy's salary. The employment contract will run through June 30, 2015, but it can be extended or terminated at any time.

Deasy left the job last week as the teachers union blamed him for multiple scheduling glitches at Jefferson High. A superior court judge ordered state education officials to fix them at once, ruling that students were being deprived of an education.

Dr. Jack Foote, Jefferson's principal, told Eyewitness News on Monday that many of the problems were corrected soon after school started, and that more resources are now in place. Among them: additional teachers, after-school tutoring, and an additional half-hour of class has been added to each school day.

"The rest of the year is going to be running very smoothly," said Foote. "After that first week the students have for the most part been in class and been working very hard to accomplish what they need for graduation, and we've been working very closely with them and the teaching staff to make sure that happens."

Deasy became superintendent in 2011, replacing Cortines. Deasy was applauded for improving student performance, but during his tenure, he clashed with the teachers' union, failed to overcome technological issues in schools and came under fire for his $1 billion plan to equip each student with an iPad. He was also investigated for his financial ties and communications with vendors.

Deasy will remain with the district on special assignment until Dec. 31. He says he has not made up his mind about his next move, but he is considering several options, including making a run for political office.

The United Teachers Los Angeles teachers union is demanding a say in who the next superintendent will be. 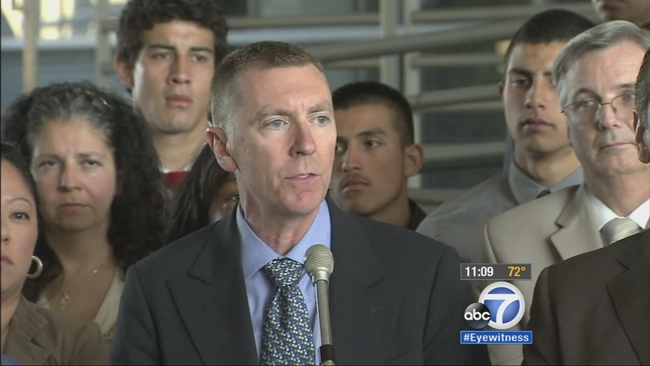 Deasy speaks out after resigning as LAUSD superintendent 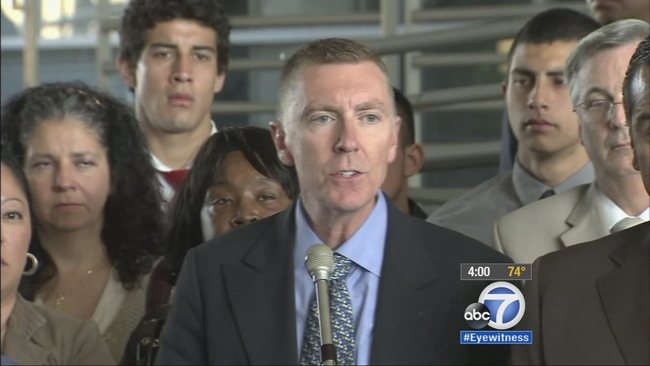