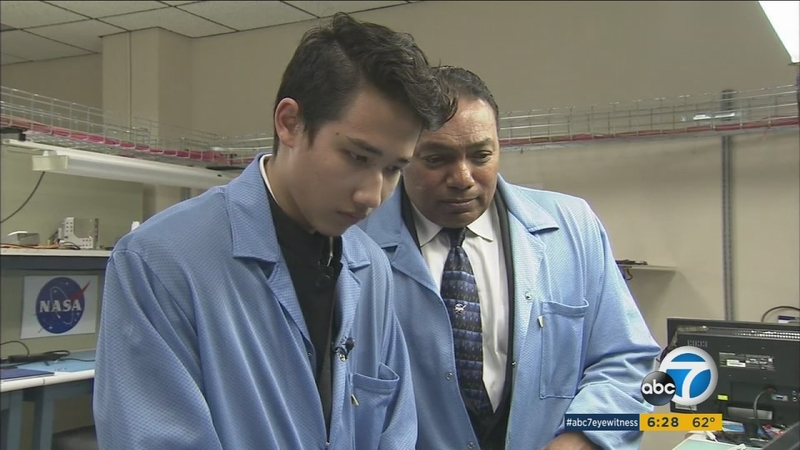 By 7 years old, Moshe was whizzing through trigonometry. By 8 years old, he was enrolled at East Los Angeles Community College and at 15 years old, he earned a bachelor's degree in math from UCLA.

Moshe has written a book and is almost finished with his master's degree in cybersecurity. For extra money, he works at NASA.

"I was quick to catch on to math especially," Moshe said.

NASA engineer Ricardo Arteaga says the minute he spotted Moshe he snapped him up quickly for a special project.

Instead of playing video games, Moshe works with NASA engineers, running simulations to keep airplanes and drones safe during flight.

"I'm helping to develop the ADS-B technology, it's the automatic dependence surveillance broadcast. It essentially replaces the radar - what air traffic controllers see on that sort of magical screen," Moshe said.

Despite his accomplishments at such a young age, Moshe remains very humble.

"I don't often compare myself with others. I just try to be the best that I can be," he said.

"I'm just like any other kid in a lot of respects. I'm excited for the new 'Star Wars' movie," Moshe said.

What's next for Moshe? He said he plans to get a PhD in computer science or an MBA.

"Eventually, I want to start my own business in cybersecurity," he said.