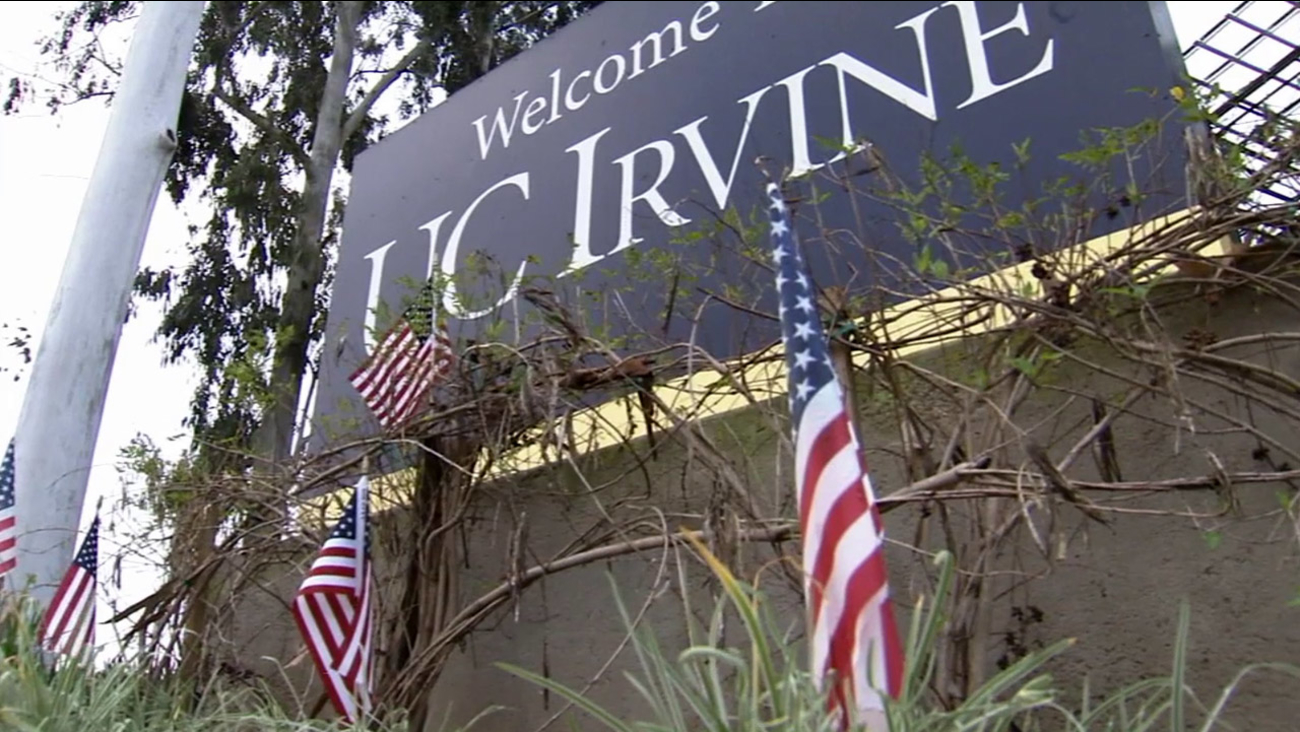 Flags wave in front of a sign for UC Irvine in this undated file photo.

Tuesday's meeting of the student legislative body was to discuss overriding a veto to a ban of all flags in the lobby area of student government offices.

The university has drawn national attention after its student legislative body passed the flag ban, resulting in the removal of an American flag. Supporters said the resolution was meant to be more culturally inclusive, noting the U.S. flag could be interpreted as "hate speech."

That resolution was overturned by the student executive council on Saturday.

On Monday, a Republican state lawmaker proposed a state constitutional amendment that would prohibit state-funded colleges and universities from banning the display of the American flag on school property.

Chancellor Howard Gillman released a statement: "Regardless of your opinion on the display of the American flag, we must be united in protecting the people who make this university a premier institution of higher learning."

"We continue to call on everyone to condemn all harassment and threats of violence," he added.

Campus police has increased security and are asking students to report suspicious activities.