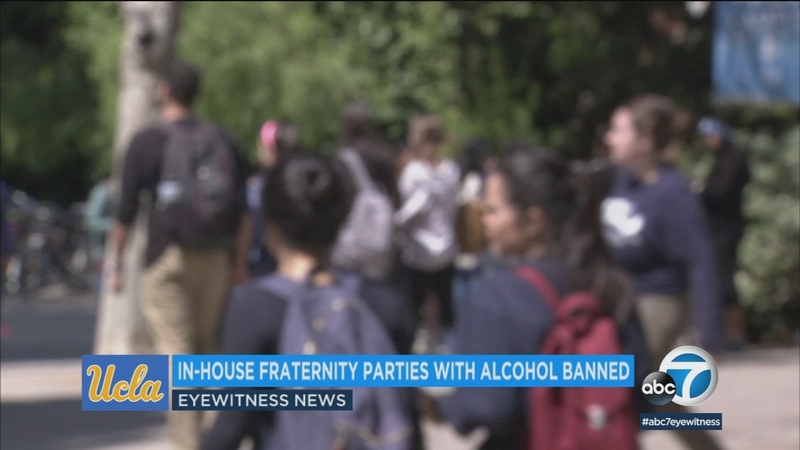 LOS ANGELES (KABC) -- UCLA fraternities have been banned from hosting in-house events with alcohol following an alleged sexual assault at a party.

The UCLA Interfraternity Council passed the ban at a meeting on Tuesday.

The ban follows an alleged sexual assault Saturday night at a party in the North Village, according to the Daily Bruin.

UCLA student Benjamin Orr, 21, was arrested and charged with assault with intent to commit rape and oral copulation, the publication reported. Orr was the 2016-2017 president of the Theta Delta Chi fraternity.