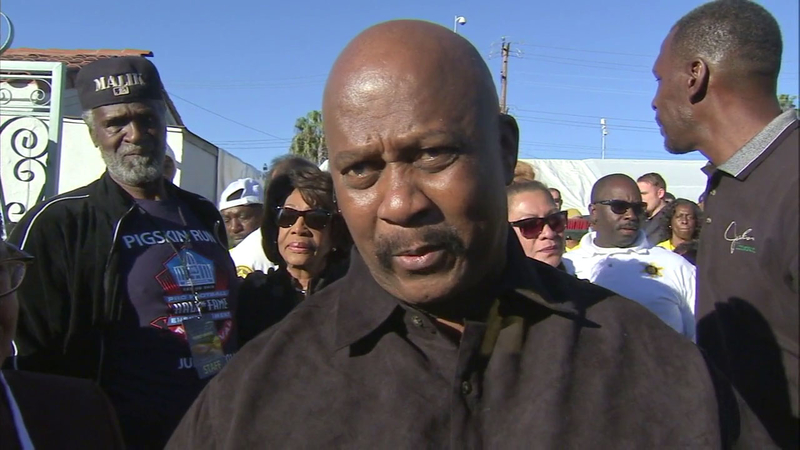 For nearly 34 years, E.J. Jackson and his E.J. Jackson Foundation collected and donated thousands of baskets of complete turkey dinners to the South Los Angeles community.

"He was just a blessing to us. A kind person who helped everybody in the community, anybody he could," Julita Fuller of South Los Angeles said.

The tradition started more than three decades ago with only 25 people receiving help. In 2015, they gave away about 12,000 baskets, which included turkey, vegetables and flowers.

"People keep asking, 'Is the turkey giveaway going to happen?' Yes it is," Tyron Jackson, E.J. Jackson's son said. "Not just for this year, but for next year and the years to come."

"That's what he would want," Tyron Jackson continued. "This was his heart and soul and we're going to continue to make it go forward."