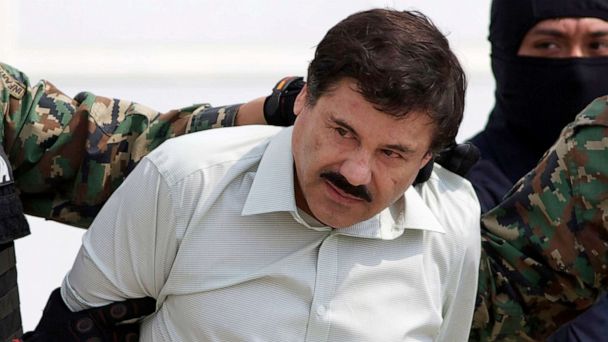 Lawyers for the drug kingpin known as El Chapo argued Monday for a new trial, insisting "breathtaking jury misconduct" and an "unparalleled set of stifling defense restrictions" marred his conviction.

Joaquin Guzman, 64, was sentenced to life in prison after he was found guilty in February 2019 of running an industrial-sized drug trafficking operation, the Sinaloa cartel, one of the world's largest, most profitable and most ruthless drug smuggling organizations.


Guzman's attorney, Marc Fernich, argued El Chapo did not get a fair trial because his solitary confinement in what the lawyer called a "modern dungeon" impaired his "cognitive, emotional and mental" faculties.

"The combination of unprecedented restrictions made it impossible to meaningfully prepare a defense," Fernich said in court Monday.

Under questioning from a three-judge panel of the 2nd US Circuit Court of Appeals, Fernich conceded the defense made no specific objections during trial. Prosecutors said the strict conditions of El Chapo's confinement were deemed necessary.

"This judge was presented with a defendant who had already escaped from prison twice in Mexico in dramatic fashion, who had a history of intimidating and killing perceived rivals and who had previously run his criminal enterprise while incarcerated," the Justice Department's Brett Reynolds said in court Monday.

Guzman's appeal also argued the trial judge should have more forcefully questioned whether jurors disobeyed repeated instructions to avoid information about the case that was not included as evidence.


An anonymous juror told Vice News that five jurors consumed news coverage or followed the trial on social media. Fernich called them "5 jurors who don't know the meaning of an oath" and urged the appellate court to pursue an inquiry.

"It's very disquieting in a case like this to do an end-around and let it go," Fernich said. "This guy is going to be in a box for the rest of his natural life. I'm not asking you to play violins for him and I'm not playing any violins for him either. This is very, very serious business for everybody concerned."

Prosecutors argued the Vice article was insufficient to merit an inquiry.

"The evidence here is not competent. It's just not. It's anonymously sourced. It's non-corroborated. It is hearsay and double hearsay," the Justice Department's Hiral Mehta said in court Monday.