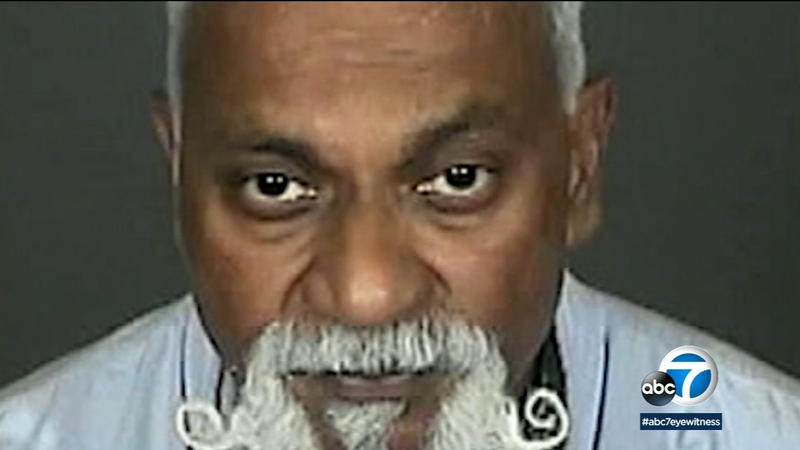 EL MONTE, Calif. (KABC) -- A jury awarded $2 million in damages to a 21-year-old woman after it was determined the El Monte Union High School District was negligent regarding a teacher who molested her.

The woman, who only wants to be identified as Jane Doe to protect her identity, was molested by her former science teacher Richard Daniels. It began in 2013 at Arroyo High School in El Monte when she was 14.

She said Daniels abused her again in 2015.

"They should have removed him from there a long time ago. If not, I wouldn't be here," Jane Doe said. "It happened in the classroom, several other places around the campus."

The jury award her the $2 million in damages after determining the school district was negligent in hiring and supervising Daniels.

In 2015, a parent notified El Monte police about the inappropriate relationship. Daniels was arrested and pleaded no contest in 2016 to a felony count of committing a lewd act on a child. He was sentenced to three years in prison.

Jane Doe's attorney sued the school district, saying administrators should have better protected students from Daniels - and a jury agreed.

"The message from the community through the jury is that you failed. You failed the kids and you betrayed the trust that the kids had in the school," attorney Luis Carillo said.

Daniels faced similar accusations a decade earlier. He was arrested in 2004 on suspicion of a lewd act on a minor at Mountain View High School, which is also under the same district.

He pleaded guilty to a battery charge and was ordered to stay away from Mountain View High School.

The school district superintendent released a statement regarding the matter.

"The El Monte Union High School District places the highest priority on student safety... We do not tolerate any behavior that compromises the security of our students," it said.

But Jane Doe's attorney said the district should have taken action in 2004 instead of transferring Daniels to Arroyo High.

"We would not even be here if they would have protected her all these years by dismissing - firing him," Carillo said.

The superintendent said as the civil complaint comes to a resolution the district will "continue to take all accusations of misconduct seriously and will work with the proper authorities to ensure our campuses and students remain safe."