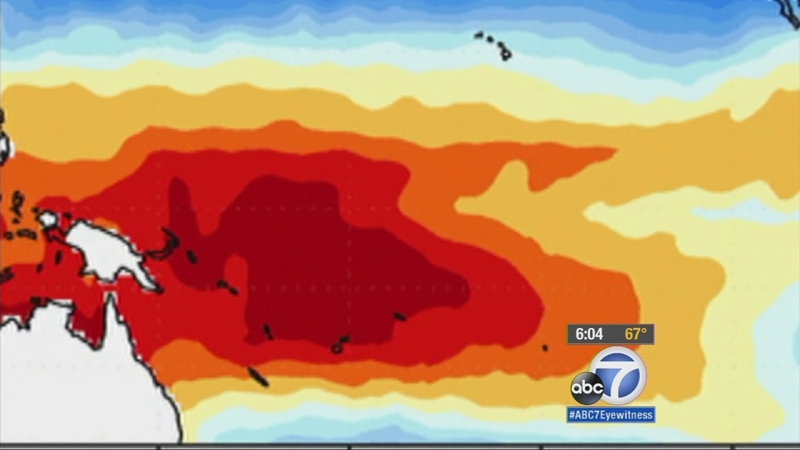 LOS ANGELES (KABC) -- Some scientists say the record rainfall and flooding in places like Texas and Oklahoma, plus a much wetter and colder than usual May in Southern California, is evidence that next winter could be an El Nino year in California.

"It will be the 'great wet hope' and it will deliver a wet winter," said Bill Patzert, a climatologist with NASA's Jet Propulsion Laboratories.

An El Nino is the warming of the Pacific waters near the equator that tends to bring large amounts of rain and snow to California, and the rest of the southwest.

If you lived in Southern California during 1997 and 1998, you should remember what a real El Nino looks like -- torrential rain, flooding, beach erosion and mudslides.

The average precipitation in northern Sierra Nevada is 50 inches, but the all-time record is 88.5 inches, which came during an El Nino winter in 1982 to 1983.

Michael Anderson, state climatologist with the California Department of Water Resources, says a year like that would make a huge impact on ending the drought.

"It definitely has to hit in the right places," Anderson said.

Climatologists say the northern Sierra Nevada needs about 75 inches of rain to make a big dent in the drought, but this year the area has only received 35 inches of rain.

Last year, around this time, there was great hope that this winter would have a strong El Nino.

"It was definitely not an El Nino, but El No Show," Patzert said, jokingly.