El Nino is expected to bring rain to Southern California but the weather phenomenon could also have an impact on when your trash gets collected by the city of Los Angeles.

BOYLE HEIGHTS, LOS ANGELES (KABC) -- Trash is something we hate to see on the streets and love to see in the can, but with an El Nino winter in the forecast even those cans are now being targeted as a problem.

"When you get heavy rains, many times the trash cans that are at the curb get tipped over, and the trash gets washed down the storm drain," said Leo Martinez, assistant director of the Los Angeles Bureau of Sanitation. "It just starts to flood, so it creates other problems."

More than 12 cars were damaged, and at least one basement in the area was completely flooded with everything inside floating in 4 feet of water.

The sanitation bureau is now considering suspending trash pickup on days when the heaviest downpours and flooding are expected. Meanwhile, L.A. City Councilman Jose Huizar is concerned about residents not being alerted to the sudden changes to trash service.

"In a City as large as Los Angeles with nearly 4 million residents, you could cause more problems than you aim to solve," Huizar said.

Sanitation officials say they'd use their website and social media to spread the word and hope that residents would make sure their curbsides are clear.

"If we do suspend service, we ask residents to bring their containers back into their property that way they won't get spilled over," Martinez said.

Sanitation officials say delaying trash pickup will not cause any backups in service but may cause extra expenses due to overtime. 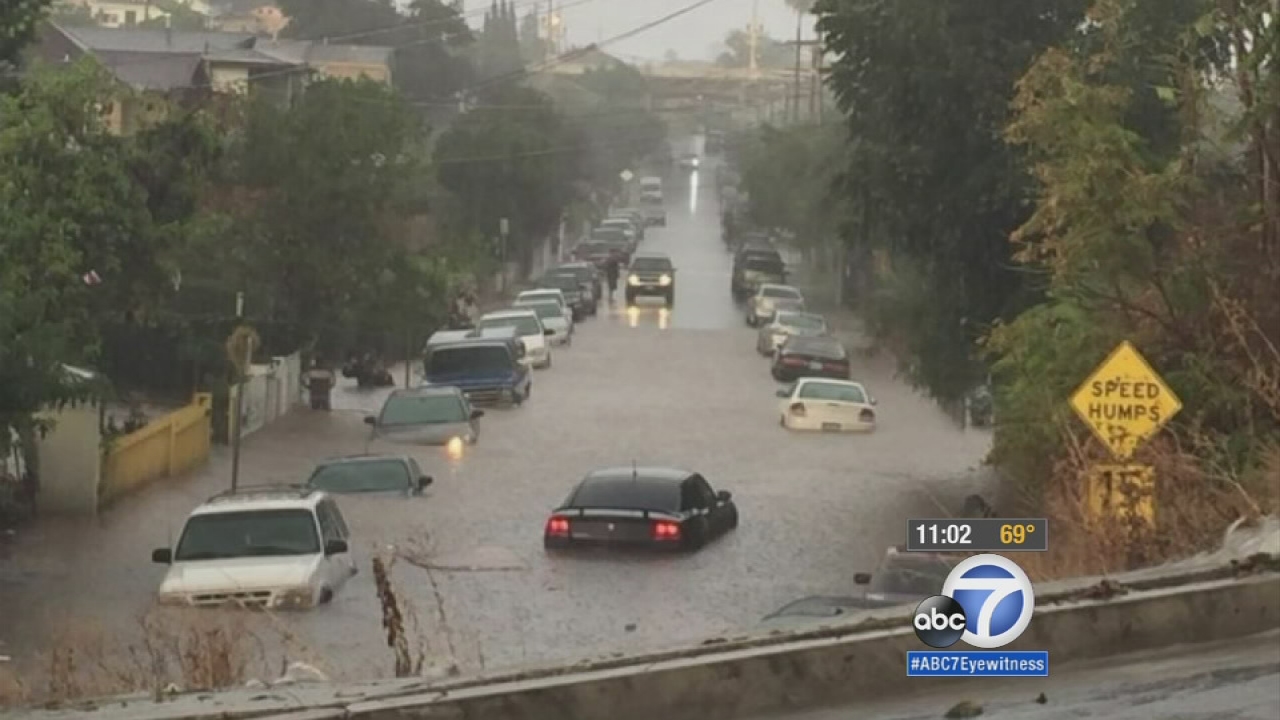