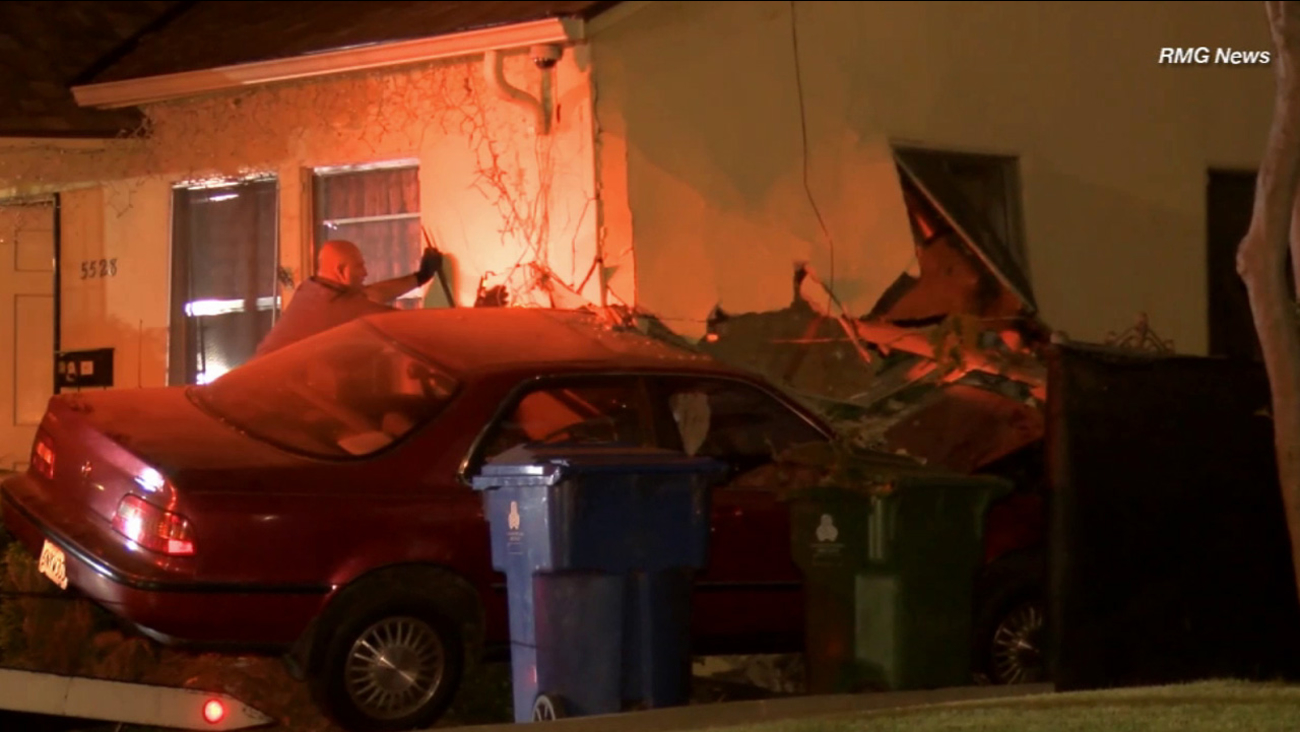 A suspected DUI driver crashed his vehicle into a house in the 5500 block of Allan Street in El Sereno Friday, May 29, 2015.

EL SERENO, LOS ANGELES (KABC) -- An El Sereno woman was jolted out of bed after a car came crashing through her home Friday night.

The bizarre chain of events began as a hit-and-run about a few miles away in Alhambra. After the initial crash, the victim of the hit-and-run followed the driver and called police.

The suspect soon realized someone was following him and sped off. Police say that's when he lost control and crashed into the house.

"I was watching TV in my bedroom and I heard this large noise, and I couldn't imagine what it was so when I came out to the front room there was some man coming through the wall. He said he was sorry, and I said OK. I didn't know what to do, but it scared me enough," Virginia Flores said.

No one inside the house was hurt. The structure was yellow-tagged by the Los Angeles City Fire Department, which signifies the house is damaged but habitable.

The alleged hit-and-run driver was taken to Huntington Memorial Hospital in Pasadena with minor injuries, and was later booked on driving under the influence charges.