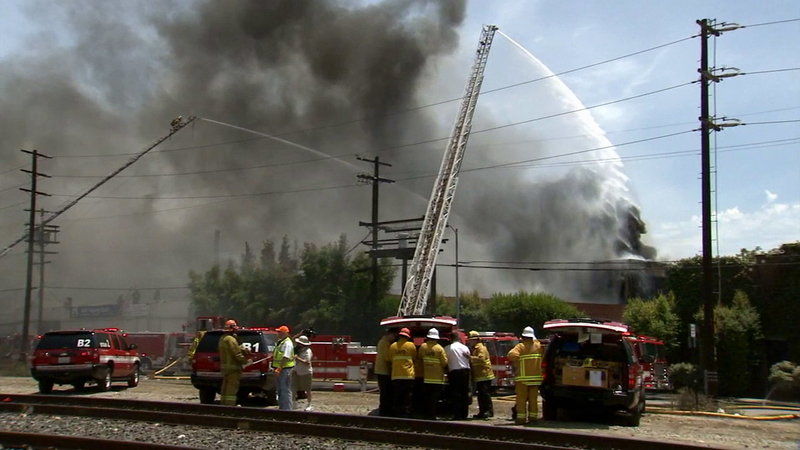 EL SERENO, LOS ANGELES (KABC) -- Two firefighters were hospitalized while attempting to put out a vacant warehouse fire in the 4300 block of East Valley Boulevard in El Sereno Sunday afternoon.

More than 100 firefighters responded to the scene shortly before 11:30 a.m. to prevent the blaze from spreading to nearby structures. Firefighters were battling the blaze in 93-degree heat with 39 percent humidity.

Los Angeles Fire Chief Ralph Terrazas said crews had to deal with extreme heat, smoke and difficult access to the building, which was boarded up with plywood. Excessive storage was also found inside.

A total of six firefighters suffered minor injuries, but only two were transported to a nearby hospital in stable condition.