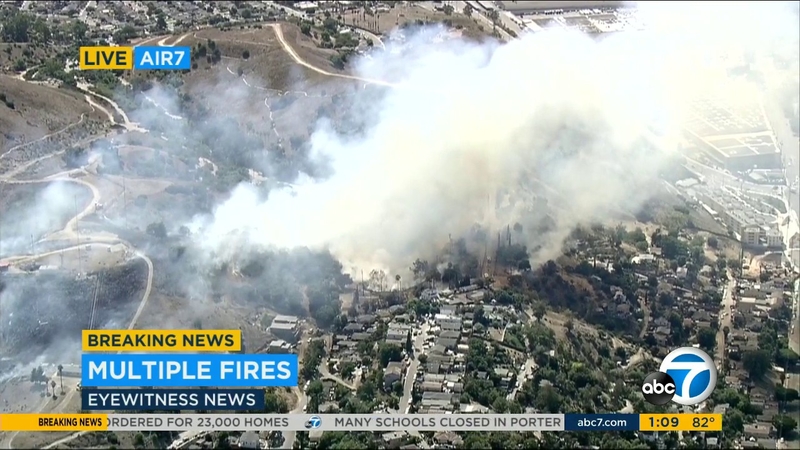 The Los Angeles Fire Department says the blaze burned about 40 acres in the area of Soto Hill, near the 2800 block of N. Eastern Avenue. It was first reported at 11:26 a.m.

The blaze was initially reported at 1 acre, but amid windy, dry conditions, the brush fire quickly spread to 40 acres.

There were homes in the area threatened by the blaze, the LAFD said. No injuries were reported. Fire crews worked to get lines around the fire, and helicopters were seen flying over the area.

By 3:30 p.m., crews had surrounded the fire with hand lines, while air crews made water drops to help hit the remaining flames in the heavy brush.