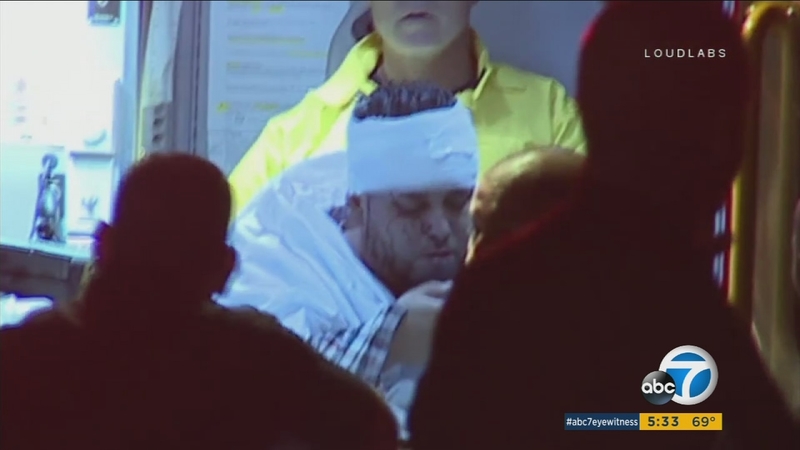 EL SERENO, LOS ANGELES (KABC) -- An El Sereno man was walking his pug near their home late at night when he was attacked, pistol whipped and had his beloved pet stolen.

Authorities said the victim was walking with his pet around midnight in the 5700 block of Huntington Drive when they were attacked. The suspect is a gang member that is still on the loose, according to authorities. The El Sereno neighborhood borders Alhambra and South Pasadena.

Neighbor Ben Ramirez said he wasn't surprised someone was attacked.

"It could happen to anybody. You never know. You've got to really watch yourself nowadays with everything going on around here," he said.

Neighbor Dominique said they usually see the victim walking with his pug when they get home from work.

"He walks his dog every night. I see him come home when I come home from work, he's there every night walking his dog. But it's the same routine so someone could definitely - if they're watching him or something - could pick up on him. He walks at the same time," he said.

Los Angeles police were back at the scene of the crime Wednesday to gather evidence and figure out why it happened. Neighbors said this area of El Sereno has gone through a change in recent years and not for the better.

"The neighborhood - it's not what it used to be. It used to be more like South Pasadena as opposed to El Sereno. So there's been a gentrification of the neighborhood, but in a negative way," Gustavo Ramos said.

The victim, who was hospitalized, suffered non-life-threatening injuries. What happened to him has some neighbors becoming more cautious as they venture out, whether it's during the day or night.

Ramos said people need to be aware of their surroundings and added that midnight is a "bit of a strange time" to walk a dog.