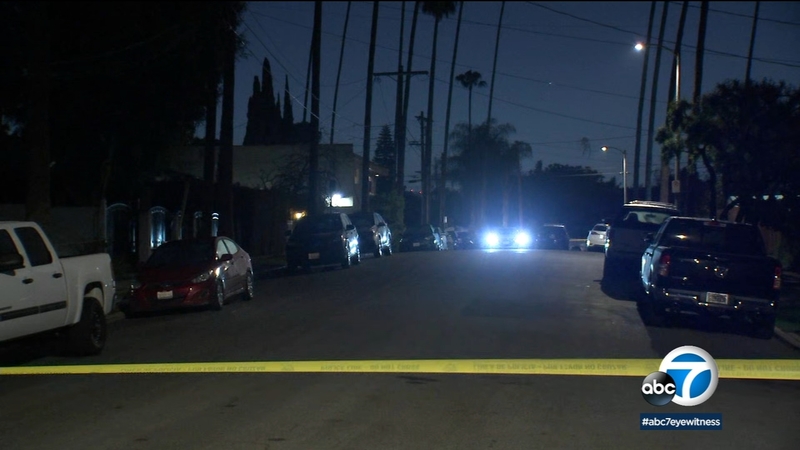 EL SERENO, LOS ANGELES (KABC) -- A possible suspect was in custody after a woman in her 20s was shot and killed Tuesday evening at an apartment building in El Sereno, authorities said.

The shooting was reported shortly before 10:30 p.m. in the 5300 block of Hyde Street, according to the Los Angeles Police Department.

First responders arrived to find the victim, unconscious but breathing, suffering from a gunshot wound to the neck, an LAPD spokesperson said. She was later pronounced dead at the scene.

Aerial video from AIR7 HD showed a white sheet covering the woman's body on an upper-floor balcony, just outside of an apartment unit.

A person was detained in connection with the shooting, police said.

The identities of the victim and the individual in custody were not immediately disclosed.

The motive for the shooting was under investigation.