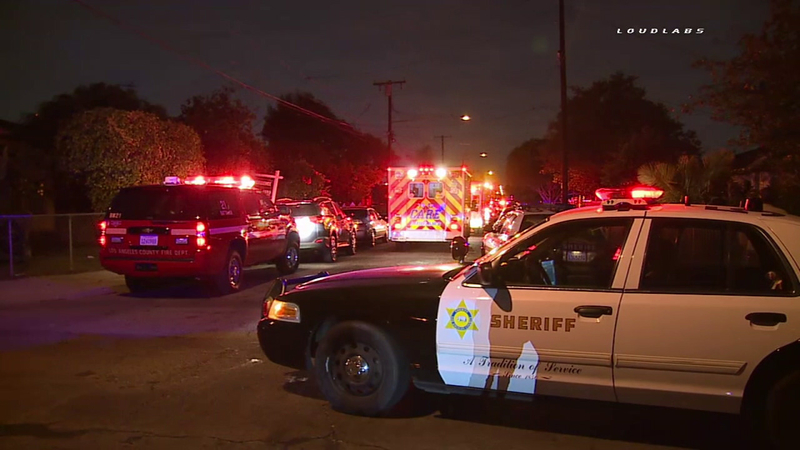 NORWALK, Calif. (KABC) -- Police are searching for a suspect accused of assaulting an elderly woman during a ransack in her Norwalk home on Friday.

Deputies responded to the incident located in the 11500 block of Mapledale Street around 2 p.m.

The 81-year-old woman and one of her two son's were inside the house when a burglar got into the home. Authorities said she was in her bedroom when the burglar hit her in the head and eye before fleeing.

The woman's son was in the shower at the time of the incident and found his mother injured on the floor.

Deputies from the Norwalk Sheriff's Station said it looked like the suspect tried to break in through window, but it was unclear how the person got inside.

No suspect information was available as the scene remained under investigation.