An electoral tie? What happens if Donald Trump and Joe Biden both get 269 electoral votes 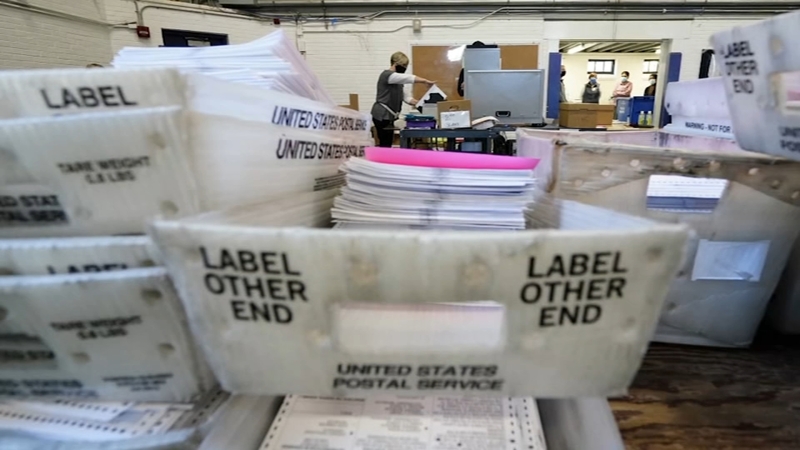 An already hectic election season is going into overtime, meaning it could be days or weeks before a winner emerges and America becomes sure who will lead it through the next four years.

As of Thursday morning, Democratic nominee Joe Biden has a confirmed 253 electoral votes while President Donald Trump has 214. It's nothing if other than a fun exercise to explore the possibility of both candidates tying with 269 electoral votes. Given the chaos of this election and general uncertainty surrounding 2020, wouldn't this be fitting?

How could it happen?
As of Thursday morning, ABC News had yet to project a winner for Alaska, Arizona, Georgia, Nevada, North Carolina and Pennsylvania.

If Trump wins Alaska, Arizona, Nevada, North Carolina and Pennsylvania--leaving Biden with only winning Georgia of the remaining swing states--both candidates will have 269 electoral votes. Only winning Georgia will give Biden 16 more votes for 269.

If the former vice president were to win Pennsylvania or win Nevada and one of Arizona or Georgia, that would give him enough to win the race.

What happens if they tie?

The House of Representatives elected on Tuesday would pick the winner if neither candidate records the 270 electoral votes necessary. That would seemingly give Democrats an edge, since they hold the majority of seats in the House.

However, not every member of the House casts a vote. Instead each state gets one vote. So the delegates of each state vote to determine the candidate that will get their state's one vote. In this scenario, Republicans actually have the advantage, because they will likely have the majority in more states than Democrats.

As for the Vice President, the Senate is charged with filling that position.

So if Republicans retain control of the Senate, which they appear likely to do, in a 269 electoral vote tie, they may have the votes to give the election to Donald Trump and Mike Pence.

Two days after Election Day, neither candidate has amassed the votes needed to win the White House.

Biden already has received more than 71 million votes, the most in history for a presidential candidate. Biden got key victories in the Great Lakes such as Michigan and Wisconsin, meaning he only needs one or two more battleground states to become president-elect.