Couple under house arrest says they're getting hateful comments 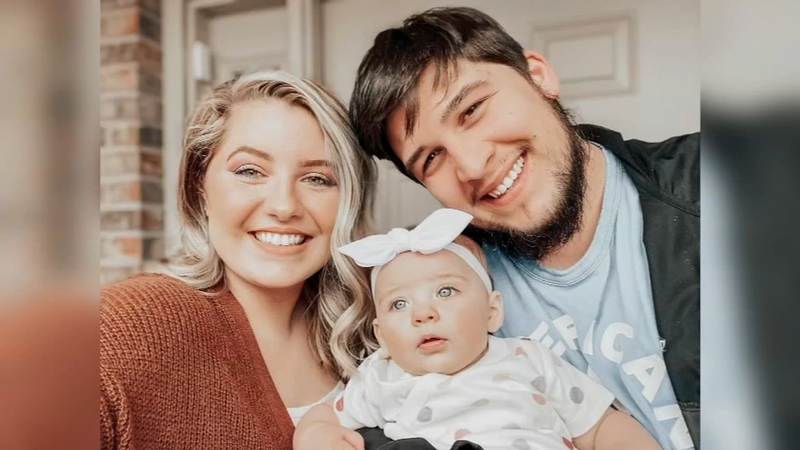 LOUISVILLE, Kentucky -- A Kentucky couple under house arrest after one of them tested positive for coronavirus and refused to sign self-quarantine papers said they are now being attacked on social media.

Elizabeth Linscott tested positive for COVID-19 but without showing symptoms. After receiving the results, Linscott and her husband, Isaiah, told WAVE-TV the health department contacted her, requesting she sign the quarantine agreement, but she refused.

Later that week, the county sheriff greeted Isaiah at their front door, after Elizabeth said she received a text message stating that because she didn't sign the documents, it would be escalated and law enforcement would be involved.

"I open up the door, and there's like eight different people, five different cars, and I'm like, 'What the heck's going on?' This guy's in a suit with a mask. It's the Health Department guy, and they have three papers for us - for me, her and my daughter," he said.

Elizabeth and Isaiah were then fitted with ankle monitors and ordered to stay at home near Louisville. If they travel more than 200 feet, law enforcement will be notified.

Elizabeth spoke to "Good Morning America," explaining that they're now being attacked online by people who brought her husband and child into it. She also feels they are being treated harshly because they vocally share on social media that they support President Trump.

"We have our Make America Great Again hat, we have our shirts. We post that. We support President Trump," she said. "It also has made us a target for people to say, honest to God, I know this might be a little bit of an extreme, but racist things towards us because we're Trump supporters. And I know that's a big ordeal with what's going on right now."

The couple said they never denied self-quarantining. They just didn't agree with the wording of the documents. Elizabeth also said that even without the ankle monitor, she had planned to be cautious.

"I shouldn't have to ask for consent because I'm an adult who can make that decision. And as a citizen of the United States of America, that is my right to make that decision without having to disclose that to somebody else," Elizabeth continued.

"So, no, I wouldn't wear a mask. I would do everything that I could to make sure that I wouldn't come in contact with other people because of the fear that's spreading with this. But no, I would have just stayed home, take care of my child," Elizabeth told GMA.

Elizabeth also said if she needed medical care, she would have let health care workers know she was infected with the virus.
"We should not be put on an unlawful house arrest," she said. "This should not be happening to anybody, especially anybody who doesn't agree with it."

Arrested over COVID-19? It may happen in this Texas county

ARRESTED OVER COVID-19? It may sound unheard of, until you listen to what one Texas county is doing.

A couple was placed under house arrest after testing positive for COVID-19. Press play to learn why.

Here's what doctors suggest non-priority patients who are experiencing COVID-19 symptoms do while they wait for test results.