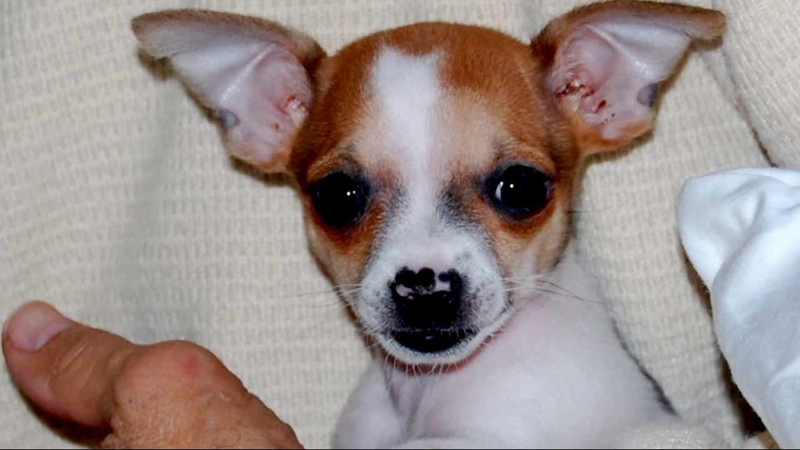 LAGUNA BEACH, Calif. (KABC) -- A family is devastated after a coyote snatched their Chihuahua from inside their Laguna Beach home Monday night.

John Fischer, who lives in the 500 block of Oak Street with his wife, said the couple's three Chihuahuas started barking at about 7:45 p.m.

The dogs were inside a bedroom with the couple's week-old granddaughter.

Assuming the Chihuahuas were reacting to a visitor he was expecting, Fischer did not panic until he saw a coyote running out of the bedroom and into the yard carrying one of the dogs in his mouth.

The Chihuahua, named Eloise, was heard screaming as Fischer looked for her and the coyote. Both animals were never found.

"Someone who's given you nothing but unconditional love for eight years and somebody who's taken them just for a meal - it just wasn't fair," said Fischer.

He added that he and his wife typically see coyotes around their home and normally lock up the place as a precaution. However, the couple said they forgot to shut a pair of double doors that lead from the bedroom to the yard.

"They're getting very bold," he said. "And the natural fear that they should have of humans, they're losing."