Elon Musk's vision for the future of transportation in Los Angeles is taking shape after he applied for a permit to start digging for underground traffic tunnels.

LOS ANGELES (KABC) -- Elon Musk's vision for the future of transportation in Los Angeles is taking shape after he applied for a permit to start digging for underground traffic tunnels.

As the Thanksgiving holiday getaway began Tuesday, bumper-to-bumper traffic as far as the eye could see was on the 405 Freeway.

"The 405 is really crammed. It's always busy. Literally jammed at every moment. You can't even plan when to leave. It's like you have to plan like you're going to be late," San Diego resident Arthur Field said.

Musk proposed to build a series of tunnels under Los Angeles and applied for a permit to begin digging within the city limits.

"We're trying to dig a hole under L.A. and this is to create the beginning of what will hopefully be a 3-D network of tunnels to alleviate congestion," Musk said.

At a TED Talk earlier this year, Musk called the common L.A. traffic congestion "soul destroying." He's already building a traffic tunnel in Hawthorne and is now proposing to continue the route along the busy 405 Freeway to Westwood.

Musk said it will all be funded by private money. The plan is to carry cars on electric platforms or skates that could reach speeds up to 130 mph, making a trip from Westwood to LAX just six minutes.

For those trapped in L.A.'s notorious traffic, any idea to ease congestion is welcome.

"I think it would help. I hope so. It's pretty awful here," Calabasas resident Luke Reddell said. 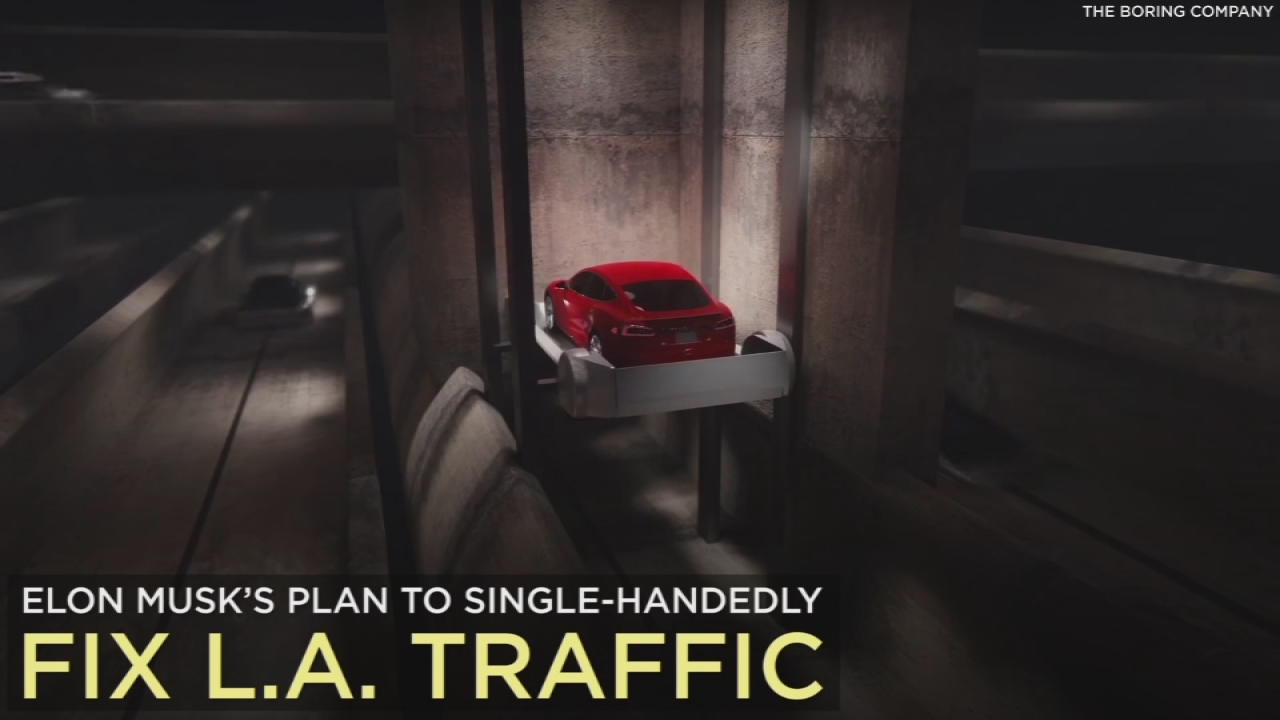