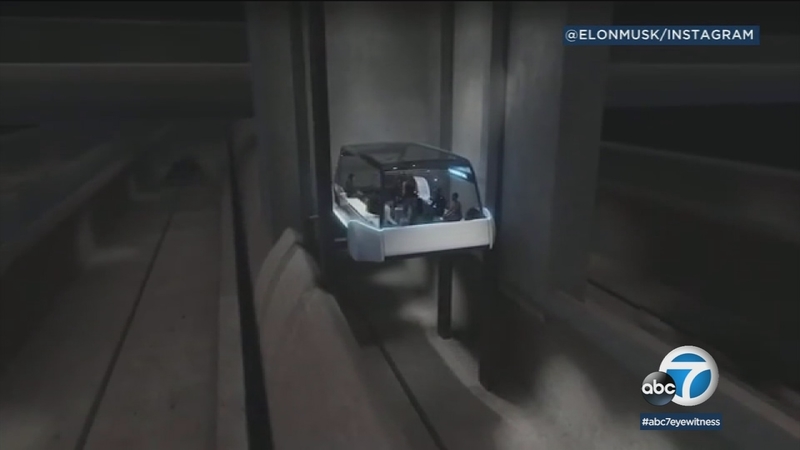 BRENTWOOD, LOS ANGELES (KABC) -- Imagine traveling fast inside what the Boring Company is calling The Loop, which could get commuters from downtown Los Angeles to LAX in eight minutes all for $1.

So how is this possible?

On Thursday night in Brentwood, Elon Musk explained his plan to alleviate traffic. With his company SpaceX, he's sent rockets into space and brought them right back down where they've launched.

This would be the type of tunnels built to transport the masses. They would be dug at a minimum of 30 feet to 60 feet underground, way below utilities.

The Loop would be composed of all electric pods transporting 16 passengers at a time to and from parking-spot sized stations.

"Wow. It's an amazing alternative for mass transportation in the city of Los Angeles," Susane Gearin said.

First, Musk plans a 2.7-mile test tunnel - one he's already gotten an exemption from the city to do without an environmental impact review.

Two Brentwood groups have already filed lawsuits in response. Another issue raised about the tunnels is earthquakes.

"It wouldn't be possible to have a subway tunnel in L.A., which a lot of people do not realize exists, but there is a subway in L.A.," Musk said.