First responder delays rise due to increasing failures to yield 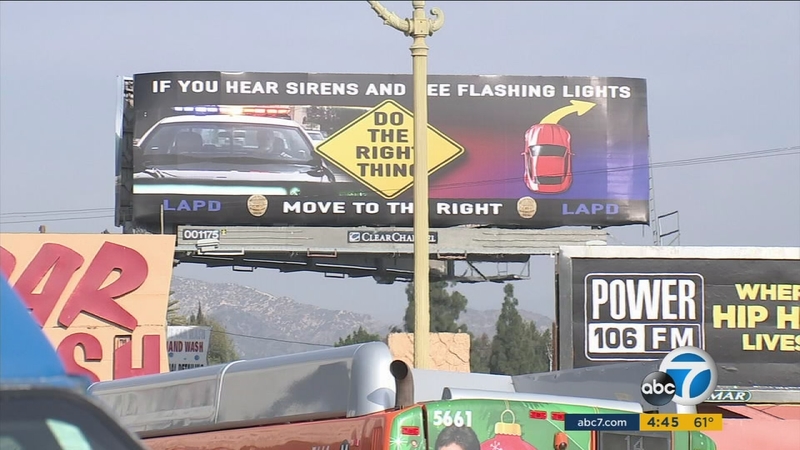 First responder delays rise due to increasing failures to yield

DOWNTOWN LOS ANGELES (KABC) -- In the last two years, Los Angeles emergency services have faced major delays due to the rising number of traffic collisions caused by drivers who fail to yield to service vehicles.

"Since 2014, we have had about a 20 percent increase in traffic collisions that have occurred while first responders have been going to calls for emergency service," Los Angeles Police Department Cmdr. Todd Chamberlain said.

"There is nothing more frustrating, more difficult for a first responder to know that somebody out there needs help...Not to be able to get to that call for service is frustrating," he added.

The Los Angeles police and fire departments have placed billboards around streets reminding citizens to move to the right when lights and sirens approach from behind.

"It's very basic, it's very simple, but unfortunately not enough people adhere to that," actress Anne-Marie Johnson said