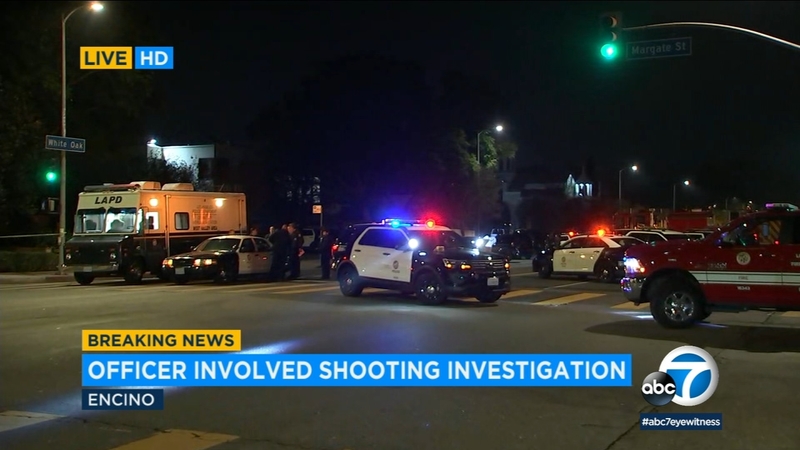 ENCINO, LOS ANGELES (KABC) -- A suspect was arrested on suspicion of assault with a deadly weapon following an officer-involved shooting that resulted in evacuations and road closures in Encino.

The incident happened around 9:20 p.m. Friday near White Oak Avenue and Weddington Street, authorities said. Authorities believed they encountered an armed man in the area and it led to an officer-involved shooting.

The suspect fled the scene and authorities set up a perimeter to search for him, which resulted in evacuations of nearby homes and road closures.

Authorities said the suspect was eventually found in the backyard of a home in the 5200 block of Shoshone Avenue. SWAT officers moved in and took the suspect into custody.

A replica handgun and knife were found at the scene, according to authorities.

The suspect was taken to a hospital for treatment of several gunshot wounds. None of them were life-threatening, authorities said.

No officers were injured during the incident.