Three teenagers were stabbed early Sunday morning at a Halloween party in Encino, according to police.
KABC 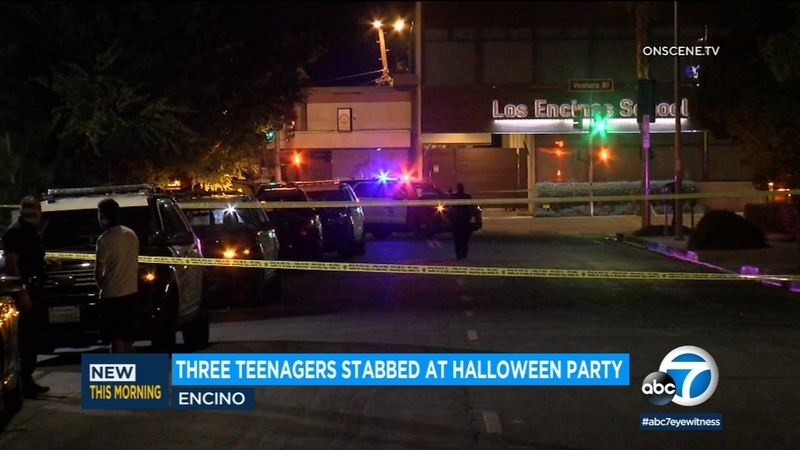 ENCINO, LOS ANGELES (KABC) -- Three teenagers were stabbed early Sunday morning at a Halloween party in Encino, according to police.

The incident happened around 12:30 a.m. in the 5000 block of Amastoy Avenue just north of Ventura Boulevard.

A suspect fled the scene after stabbing an 18-year-old and two 17-year-olds -- one of whom was stabbed in the chest and taken to a hospital in critical condition -- on the front yard where the party was being held.

It is unclear what led up to the stabbing.

Video from the scene shows officers conducting interviews and searching the area.

No additional details were released by Los Angeles police.