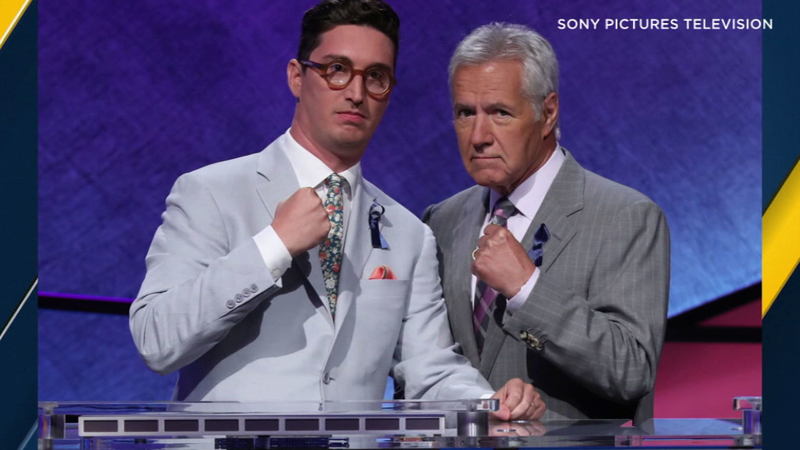 LOS ANGELES (KABC) -- The best of the best are competing for big prize money on "Jeopardy! Tournament of Champions," and the 15 contestants include four Southern Californians.

Behind the scenes of TV's most popular quiz show, Eyewitness News discovered some seasoned veterans of the show that are also fan favorites, including 2017's biggest winner, Austin Rogers.

"I'm feeling pretty good," said Rogers. "I'm fifth all time in the 34-year history of the show. So I think I got these guys beat."
But there are 10 other competitors who have studied hard and hope to take him down in the upcoming two-week tourney. Four of those contestants are from Southern California.

"I basically prepared a whole bunch of spreadsheets with random trivia on it," revealed Alan Lin. "And since I was, like, particularly weak in some areas like movies, I went out and bought a book about 1,001 movies you have to see before you die and instead of watching them, I read about them."

"I'm kind of always studying for Jeopardy, even if I don't mean to be," said Buzzy Cohen.

The contestants don't just have to face the board with all the clues; they also have to be masters of the signaling buzzer.

"I think the buzzer is really where the game is won and lost," added Cohen.

"It's exactly the buzzer," agreed Jon Eisenman. "Some of the questions can be hard, but I think for many of the questions, all three people know, and it's just a matter of being the first one in. That, I think, is really the hardest part of the game."

However, there's one person who disagrees with that theory.

"Well, I've got news for you: If you know the material cold, you usually don't have trouble with the signaling button," said longtime host Alex Trebek.

There's a lot riding on who masters that button. The winner of this tournament takes home $250,000.

And then there's the matter of California pride.

"I hope somebody from L.A. gets in the finals, too," said Lin. "Because we've got some good competition from Chicago, New York, you know. We got to beat them."