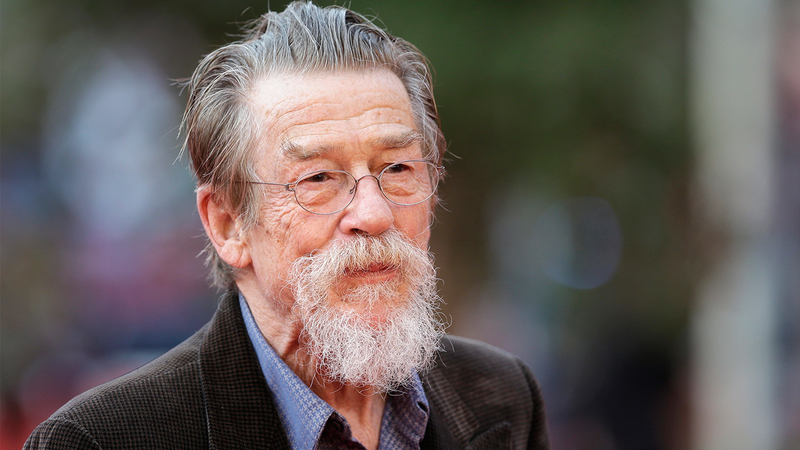 John Hurt, a prolific British actor whose decades in Hollywood included roles in the Harry Potter series and "Alien," has died at age 77.

The two-time Oscar nominee disclosed in 2015 that he had been diagnosed with pancreatic cancer.

Hurt's wife, Anwen, released a statement to Eyewitness News on Saturday, saying he was "the most gentlemanly of gentlemen."

It is with deep sadness that I have to confirm that my husband, John Vincent Hurt, died on Wednesday 25th January 2017 at home in Norfolk.

John was the most sublime of actors and the most gentlemanly of gentlemen with the greatest of hearts and the most generosity of spirit. He touched all our lives with joy and magic and it will be a strange world without him.

I ask that we are allowed to come to terms with our loss without further intrusion.

In a career that began in the early 1960s, Hurt performed in dozens of roles in television and movies, many of them made in his native Britain.

Among his better-known roles were the title character in 1980's "The Elephant Man;" wandmaker Ollivander in the Harry Potter films and Chancellor Adam Sutler in "V for Vendetta."

We are deeply saddened to hear of the passing of John Hurt, who played Mr. Ollivander. Harry Potter fans will miss him very much. pic.twitter.com/xgSjePd4aV

He also played Kane in "Alien." In one of that 1979 film's more gruesome scenes, his character dies horribly as an alien bursts out from inside his body.