Allison Janney honored with star on Hollywood Walk of Fame 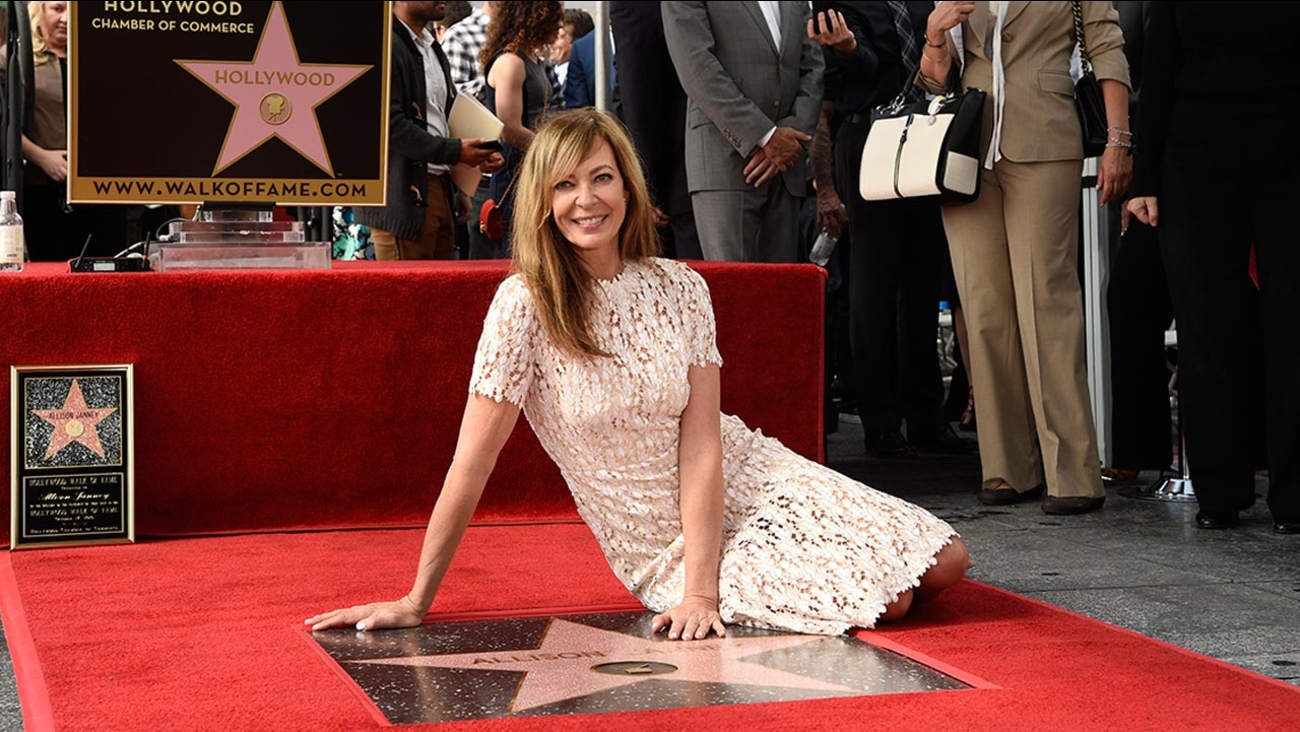 Actress Allison Janney poses atop her new star on the Hollywood Walk of Fame during a ceremony on Monday, Oct. 17, 2016, in Los Angeles. (Chris Pizzello/Invision/AP)

HOLLYWOOD, LOS ANGELES (KABC) -- Seven-time Emmy winner Allison Janney was honored with a star on the Hollywood Walk of Fame on Monday.

Janney was the 2,592nd star recipient on the Hollywood Walk of Fame. Her star is located on the 6100 block of Hollywood Boulevard.

The honor was bestowed just 10 days before the fourth season premiere of Janney's TV comedy "Mom."

Janney is probably best remembered for playing C.J. Cregg in the White House drama "The West Wing," for which she won four of her Emmy awards.

Janney was born Nov. 19, 1959, in Boston and was raised in Dayton, Ohio. She attended Kenyon College in Ohio, where she was directed in a play by Paul Newman when she was a freshman.

"When I first moved out here to do 'The West Wing' in 1999... I moved into an apartment complex on Gower Street with a lot of my friends who are here today, and all of us were in the business in all different areas. There were writers, directors, choreographers, costume designers. It was kind of incredible," Janney said at her ceremony.

"We decided we would start the Gower Academy of Dramatic Arts and at my first Emmy speech... I thanked GADA," she continued. "And I think most people just assumed I thanked God and didn't question it, because I was like, 'Why didn't anyone ask me what GADA was?'"

It was also recently announced that Janney will star in the Broadway revival of "Six Degrees of Separation." The show plans to open at the Barrymore Theatre in April 2017.