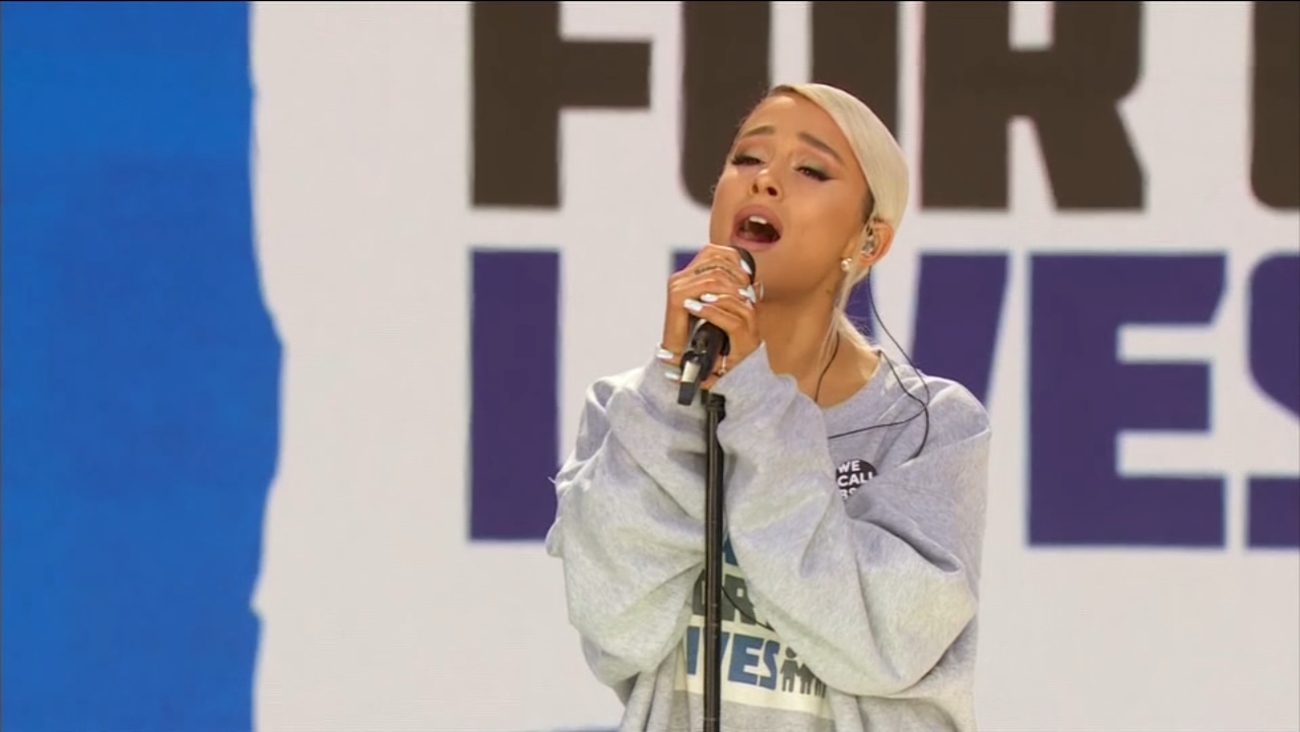 According to "People Magazine", the singer donated the proceeds from her recent Atlanta concert to Planned Parenthood.

ATLANTA -- It looks like Ariana Grande is the latest celebrity taking a stand against Georgia's abortion ban.

According to "People Magazine", the singer donated the proceeds from her recent Atlanta concert to Planned Parenthood, CNN reports.

Grande has not confirmed the donation.

Georgia is one of the many states to recently pass a so-called "heartbeat bill"-which bans abortions after a fetal heartbeat can be detected.

The Georgia ban has gotten major attention from the entertainment industry because many production companies film movies and shows in the state.

A few producers have pledged to stop filming there, while others have made similar donations to abortion rights organizations.

Most of the major studios are taking a "wait and see" approach until the law is upheld or stricken down.
Report a correction or typo
Related topics:
arts & entertainmentconcerthealthu.s. & worldariana grandedonations
Copyright © 2021 KABC-TV. All Rights Reserved.
More Videos
From CNN Newsource affiliates
TOP STORIES