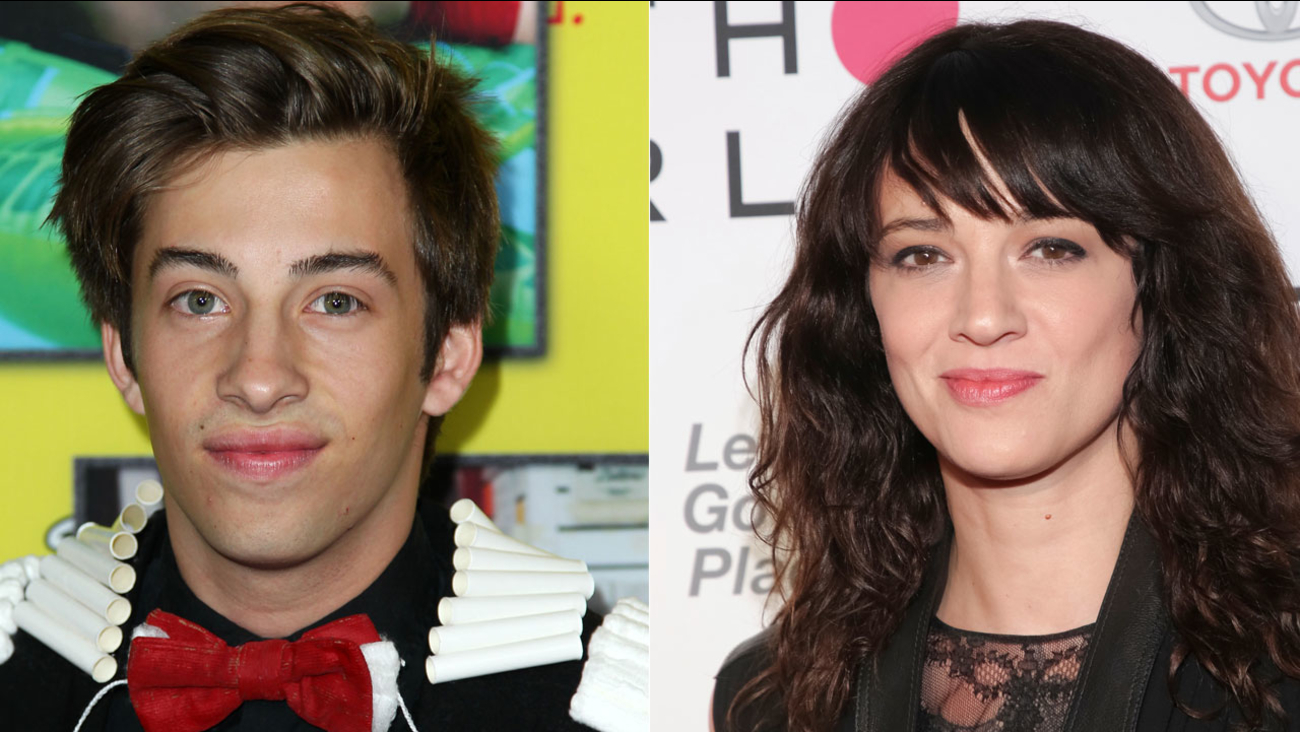 Jimmy Bennett is shown in a file photo alongside an image of Asia Argento.

LOS ANGELES (KABC) -- Asia Argento, who faces accusations that she sexually assaulted actor Jimmy Bennett years ago, claims that the encounter was the other way around - that Bennett attacked her.

Her attorney released a statement, claiming that Argento did not initiate the encounter that happened when Bennett was 17 years old while Argento was 37.

In early August, a photo surfaced of Argento and Bennett from that incident. The two have their heads close to each other and appeared to be naked in bed.

Bennett, who is now 22, also released a statement for the first time regarding the situation to the New York Times the same day the photo was released.

"I have not made a public statement in the past days and hours because I was ashamed and afraid to be part of the public narrative," it said, in part. "I was underage when the event took place, and I tried to seek justice in a way that made sense to me at the time."

Argento denies having a sexual relationship with Bennett, and her attorney reaffirmed that by saying their relationship was "never sexual but rather a long-distance friendship over many years."

A $380,000 payment was made to him to settle the matter, but Argento said at one point that it was made by her then-boyfriend celebrity chef Anthony Bourdain.

That payment was made after Bennett threatened to sue for $3.5 million. According to Argento's lawyer, the threat was made when Bennett learned of Argento and Bourdain's relationship.

"Believing that Anthony Bourdain was wealthy and had an outstanding reputation to protect...Bennett chose to intrude on that relationship and demanded a financial payment from Bourdain in considering for not embarrassing Asia and indirectly Bourdain," her attorney said, in part.