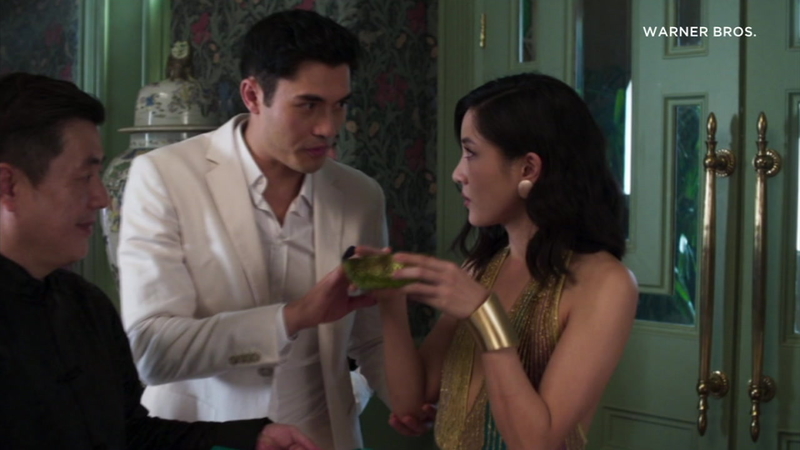 HOLLYWOOD, LOS ANGELES (KABC) -- The Hollywood premiere of "Crazy Rich Asians" happened Tuesday as Asian Americans all over celebrated the all-Asian cast and diversity of the movie.

A recent study by USC found projecting diversity on the big screen still has a long way to go, but "Crazy Rich Asians" may leave an impact on how Hollywood produces, directs, writes and casts moves in the future.

The romantic comedy is the first major studio movie since "The Joy Luck Club" to feature a predominately Asian cast in a contemporary storyline. The film's stars hope moviegoers recognize this as just a start of the movement for more inclusion in Hollywood.

"I hope that people recognize the impact of stories like this and recognize the importance of them. Movies like this aren't taking away from anything, they're adding to a scope of movies that should exist, of stories that should exist. I don't think this is the first and last, I think this is the first of many," Awkwafina said.

Actress Selena Tan talks about the excitement she felt being part of the diverse and all-Asian cast of "Crazy Rich Asians."

Constance Wu, who plays the female lead in the movie, said she hopes people from all backgrounds enjoy it.

"I hope everyone has a lot of fun. Honestly, I hope it's just really enjoyable to people and I hope that it sort of gives a new idea of the possibility of what a leading man or a leading lady looks like," she said.

Actress Selena Tan said words could not describe the excitement she felt to be part of a historic movie. She also added that her nieces from all over called her saying how happy they were to see her in a movie and that it made them realize they could be anything they want to be.

Male lead Henry Golding said the themes of the movie - family and love - ring true for anyone, not just Asians.

"Everyone understands the pressures of familial bonds and the expectations," he said.

The stars are also trying to get a gold open for the movie, which means getting movie theaters packed, and so far, more than 100 Asian Americans across the country have bought out entire theaters to make it happen.