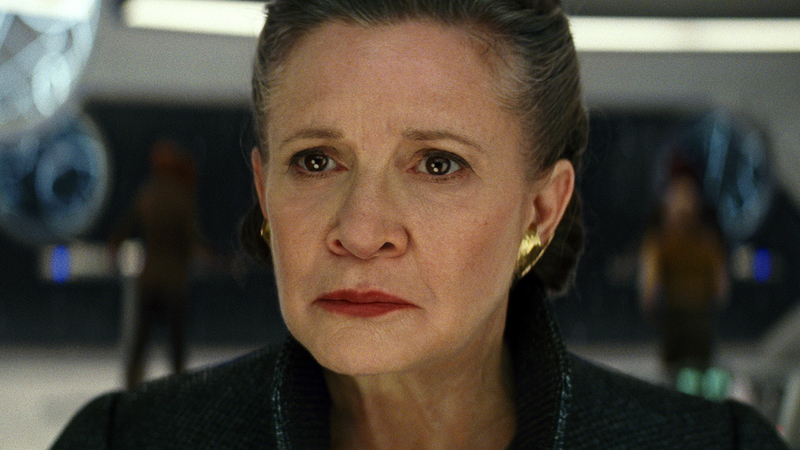 "Later, I said, 'Carrie, poker face! Don't show them how anxious you are,'" Hamill recalled in an interview. "'You know, your agents will kill you.' She said, 'Mark, what kind of parts are there for women over 50 in Hollywood?'

"As usual, she cut right to the heart of the issue," Hamill added. "She even said, 'Is there anything for Billie in it?' -- meaning her daughter -- ever the stage mother."

Fisher's daughter, Billie Lourd, did get a role. And Carrie returned to the blockbuster franchise that made her a superstar. She makes her final appearance as Leia in "The Last Jedi." And besides all the action that audiences will see, those involved say Carrie Fisher is remarkable in the film.

Carrie Fisher's dog Gary watched "The Last Jedi," and according to Fisher's former assistant, Gary's ears perked up every time she was on screen.

"It's really moving," said Daisy Ridley, who plays Rey. "It will for sure be a series of moments."

John Boyega, who plays Finn, agreed. "Those moments have heart," he said. "And for me to articulate it a bit further, I think it's best for you to experience. But there's heart in all of it."

"It's a performance that's filled with such grace and beauty and depth," said Oscar Isaac, who plays Poe. "So beautiful and compassionate and I think it'll be a really wonderful experience for people to see that."