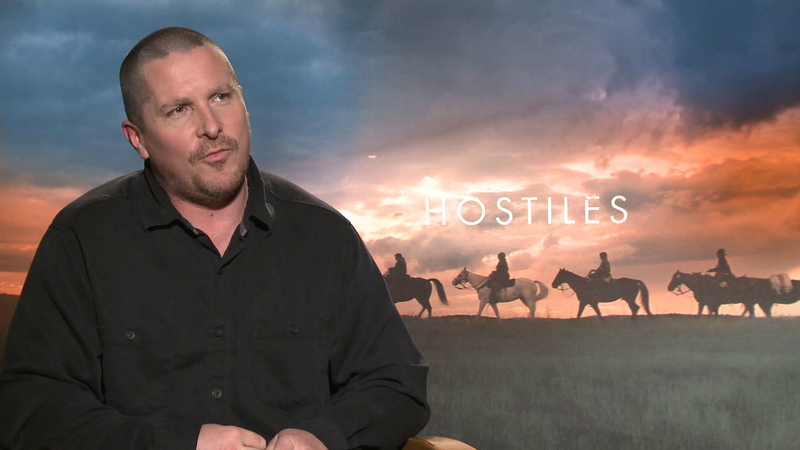 He plays a former war hero who's forced to return Yellow Hawk, a dying Cheyenne war chief played by Wes Studi, from a New Mexico prison outpost to his reservation in Montana.

"It ain't your mom and dad's Western," said Bale. "There's no black hats and white hats in this. It's extremely violent very, very quickly and then it embraces the solitude of the American West."

Bale's character has both hatred and respect for Yellow Hawk and his family.

But their journey together also leads them to alter their perceptions.

"I think sometimes films like this that present a very unflinching and uncompromising viewpoint often, is my hope, will linger with the viewer and make more of an impact than a film that might uplift you and by the time your head hits the pillows, you've forgotten it," Cooper said.

"And in terms of people's comfort in - since we finished making this film - of expressing racism, of expressing division and hatred toward each other has been incredibly relevant," said Bale. "And hopefully we'll just be another voice in showing how insane we are behaving at this moment. We've been here before and we should have learned from that."

To make this movie, Bale had to learn to speak Cheyenne. His teacher first insisted he learn about the tribe's culture and way of life.

The whole experience ended up being a learning one for Bale.

"It's a gripping movie. It is tough but it's a part of who we are," said the British-born actor. "I say 'we.' I know I sound English. I am English but I've lived here longer than I've lived anywhere else."