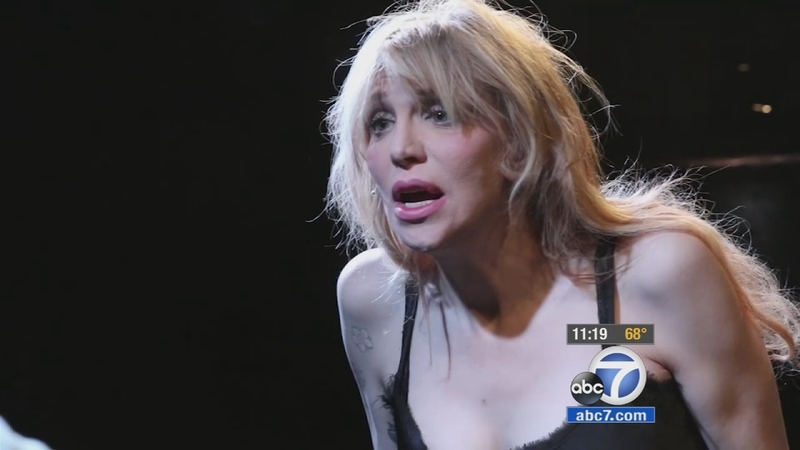 LOS ANGELES (KABC) -- Fans have a chance to see singer and actress Courtney Love in a whole new way: on stage.

"I was really excited to do musical theater, so this is my first foray and it's awesome," Love said. "It is surprising it's taken this long, but it just never came my way."

Love stars opposite writer-composer Todd Almond in the hard-to-describe "Kansas City Choir Boy." It's a musical but not your typical Broadway kind.

The story takes a "what if" look at two people's lives. They knew each other when they were young. Then their lives drifted apart. Now, he wonders what would have happened if they had stayed together.

"That's kind of the central conflict of the piece is that these two could be happily married, but they have a different path in this lifetime," Almond said.

Almond says this role was made for Love.

"The second you look at the character you need to think well, you don't belong in Kansas City; you have a great destiny," Arnold said. "And I think one quality of Courtney is the second she walks in the room you're like, 'this is a goddess who's walked in, and she has a greater destiny than we mere mortals.'"

Love has not acted much in the past several years, and she says that was entirely by choice. But, she's slowly dipping her toe back into the Hollywood waters.

"I'm now at the age where they ask me to play moms. Got a lot of moms coming my way. It's OK," Love said.